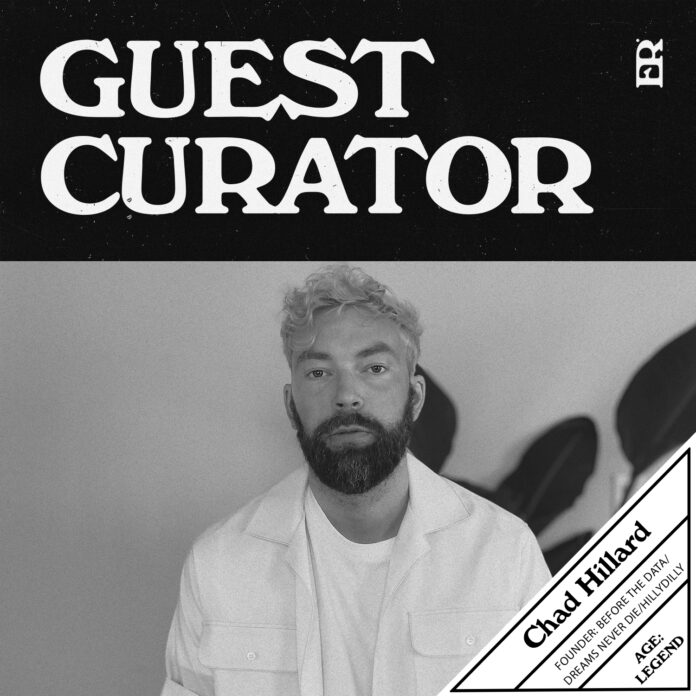 Chad Hillard has carved a distinctive path within the music industry. For years, Hillard has been revered by those close to him for the quality of his music taste. In 2007, Chad started a music discovery blog, Hillydilly, after years of burning countless CD’s for his friends. Daniel Caesar, Kygo, Tom Misch, and Lorde are just a few of the many successful artists that can trace their roots to Hillydilly; Billie Eilish’s “Ocean Eyes” was picked up by Hillydilly when it only had 100 streams on SoundCloud. With so many successful artists featured on Hillydilly before they even reached 1,000 fans, Chad has proved that music discovery depends on more than just data and analytics. For him, human curation remains at the forefront of artist discovery, and Chad aims to provide a platform for up-and-coming artists to shine. His new projects, Dreams Never Die Music Group and Before The Data encapsulate this same ideology with the hopes of identifying new, industry-shaking talent while demonstrating the value of real people finding music, rather than relying on algorithms. Hillard’s honest passion for curating music is hard to come by. His fresh perspective and ability to innovate have built his esteemed reputation within the industry. Chad is always in the pursuit of the next great song, so be sure to check out Before The Data and ‘Dreams Never Die’ to be on the early wave!

South Dakota native and Nashville based singer-songwriter Tiffany Johnson, is the creator of an incredible, catchy, and relatable track that has been...
Read more
Guest Curators