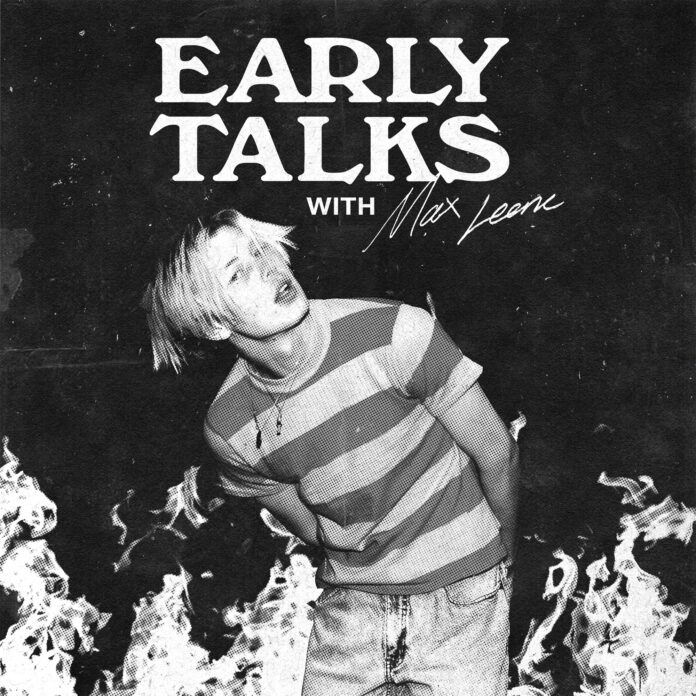 One of the most talented individuals you’ll ever come across is Max Leone. The Portland native has been on my radar for some time now and it’s a blessing getting to sit down and speak with him about life music and everything in between. Here at Early Rising, we are passionate about telling the stories that best encapsulate the journeys of you favorite artists and if you’re a Max Leone fan, then we’ve certainly got a treat for you! Read on below and check out the first installment of Early Talks featuring my man Max Leone:

Sam: Well man, I would just love to hear your story and I know a lot of people would like to as well. I’ve just been a huge fan from day one all the way up to where you are now, so it would be dope if you could just reminisce and take a drive down memory lane. Where are you from/Where did you grow up/and how did you start in music?

Max: Of course, so I’m from Portland, Oregon. I grew up kind of outside of the city, about 30 minutes outside of it actually. I think the first instrument I tried was violin. That was when I was like 5-years-old and it only lasted a couple of weeks. Then I eventually pushed to guitar and started taking lessons. I was 6 years old and at the same time, my parents bought me a Jack Johnson CD for my birthday and that really got me excited about music, writing songs and playing guitar. I started writing my own songs and just never really got tired of it. In High School, I joined the Jazz band as a guitar player and I started getting into production stuff in HS as well since Soundcloud was in its golden years during my sophomore year of HS; I was discovering all of these different types of music like EDM and that just inspired to learn how to produce, so I got into Ableton and just learned how to produce by watching bunch of videos online. I think I was able to just use the guitar/jazz band vibe with the more electronic production based stuff that I was listening to and that helped me determine where I wanted to go as an artist.

Sam: Was your family ever musical growing up? Did your parents or any relative play music or sing?

Max: I have an uncle who is super talented but no one else in my family really did music. I actually got a lot of my music taste from my parents though based off of what they showed me.

Sam: And in regards to Portland bro, I used to watch this show called Portlandia and its hilarious…Is Portland anything like that at all? I’ve always wanted to know, so tell me what it was like to grow up in Portland.

Max: I mean, to be fair, its really not too far off. It definitely is an exaggerated version of it, but there are for sure parts of Portland that are exactly like that. It was honestly a great place to grow up in. It was a city that wasn’t too big, but also kind of right in the middle of the mountains and the ocean so its not too far if you want to go to beach or go skiing which were two activities that I was into, so it was the perfect balance between that and the city life.

Sam: Thats awesome man. So are you based in LA right now?

Sam: And have you had time to go back and see the family in Portland or have you spent quarantine mainly in LA?

Max: Actually during quarantine, I’ve driven up to Portland twice for some mini-vacations, since its actually a pretty doable drive.

Sam: Dope, so we’ll hop back into the story. You left off in High School, so pick up from there in regards to what led to where you are now.

Max: Yea so after HS, I went to Berklee College of Music in Boston. I was there for a year. I was a guitar principle and studied production as well. But, it just wasn’t my fit really. The environment and the community was just a little bit more aggressive than what I was kind of hoping for, especially in terms of a music education. I just felt like a lot of people were competing against each other and that just wasn’t my vibe and it made it kind of difficult for me to be creative. So after that year I just decided that I was going to take some time off from school. I didn’t necessarily have a plan but I convinced my parents to let me move to LA…

Sam: And were they pretty supportive of that decision?

Max: Yea, they definitely were. I mean they thought that I was going to go back at some point also, but yea they were on board, especially since I was able to convince them that it was sustainable.

Sam: I love that. So tell me, when was the first time you just realized that you could make music your career? When did that switch flip in your head? Was it a moment or specific instance that made you believe that you could do this for a living?

Max: I always kind of had an irrational idea that I was going to be able to do it, which I don’t know why, I just always believe that I was going to make it work somehow. Definitely my second year in LA was when I realized that it was going to be able to happen. Mainly the biggest realization for me was that I had gotten really lucky in terms of timing, because I think alot of people who are out here are out here a lot longer than I was before they get an opportunity, so that was kind of a big realization for me. It all happened so quickly so I’m super lucky.

Sam: And as far as your music, man. Have there been any artists that have influenced you or inspired you? Who do you listen to and who do you try to emulate?

Max: Yea, um, I think at the top of all time would be Frank Ocean for sure. Kanye West is in there. Music that makes me want to turn off the music and write is always the best. Those artists were huge for me. Lorde, John Mayer, Jack Johnson to name a couple of others too.

Sam: Those are great artists. As far as your style, when you make music, is there a certain way you want your listeners to feel when they listen to your music?

Max: Yea, I think for me, when I’m writing a song, its mainly about how can I portray the emotion of that song in the most honest way possible. Sometimes it works out, sometimes it doesn’t, but I think when the song isn’t trying to be anything other than what its supposed to be, thats when I think it really connects with the listener. I’ve realized that whenever I try to write a song in a certain style or I try to write a song in the style of someone else, it doesn’t really work, so I think just being honest with what the song wants to be is the best way to do it.

Sam: Amazing. A couple of more questions. I currently manage and I’m an A&R Consultant as well so I’m always interested to hear from an artists perspective; what was the experience like of getting connected with guys like Oliver and everyone at the Dark Room and ultimately signing a record deal?

Max: So I came in contact with Dark Room through Interscope. I was basically just in LA and the only person I knew out here was a songwriter named Eric Leva and he was super nice to me when I came out here. We had a couple of sessions together and wrote some great songs together, then he reached out to his friend who was an A&R at Interscope and we took some meetings and she just kind of took me under her wing in a way and introduced me to different people. She got me settled and got my footing. Through her I met everyone at Darkroom and thats just how everything got started.

Sam: Last question for you. I would love to hear any goals that you may have in your career? Whether that’s winning a grammy or something like that?

Max: I mean my number one goal which will always be the goal is just touring. That has always been my dream. But, yeah, It’s hard to know at this point. I’ve also just had a lot of fun just figuring out new things to connect with fans while touring isn’t an option. I want to put out an album at some point that feels super cohesive. There’s so many things, but those are just a couple.

To say that Max’s story is inspiring is a drastic understatement. Getting to track his beginning all the way to where he is now, truly just shows that anyone can achieve their dreams as long as they put their mind to it. If you aren’t familiar with the rising star just yet, I’ve attached his latest single, “5” down below. Make sure you give it a listen and get to know Max through his beautiful art!