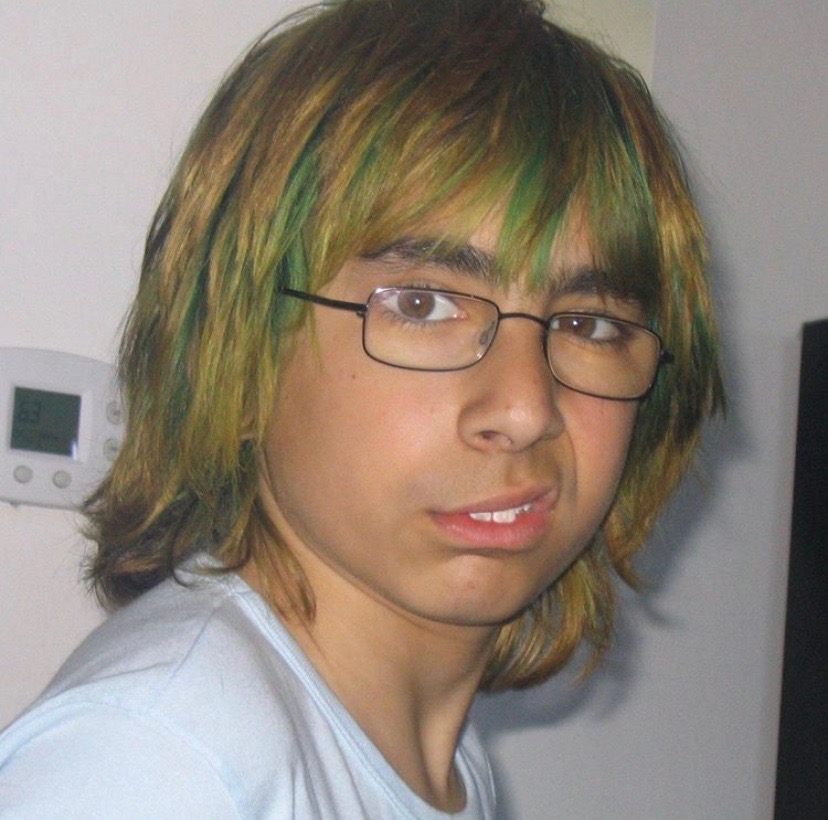 It’s a Friday night, circa 2007 and you’re hanging out in the basement with your BFF. Your mom says you have to be inside by 8 but it’s cool because she let you guys sleep in the basement and watch movies. You of course bring your brand new Street Beat CD player and the hot off the press, Paramore CD that you bought with some birthday money. You jam out all night eating junk food, talking about all the drama at school and creating Facebook accounts behind your parents backs. Life is good. If only there was something or someone that could bring us back to those times. Enter Eli Hurts.

The LA based and absurdly multifaceted singer/songwriter/producer has emerged onto the scene in a big way. I came across Eli on NMF last week, his name stuck out amongst the usual suspects and I immediately took a listen. “The F***** Things About Us” (off his debut EP “Future Accountants of America, Unite”) is hands down one of the most refreshing songs I’ve heard in a long time – it immediately took me back to that time, a time when you’re just starting to figure out how to figure out your life…a remarkable time. This song hits every element from head banging power chords, chiming riffs, and fuzzy feedback to a beautiful ballad-like intro with lyrics that tell a story of a love trying to hold itself together for all the wrong reasons.

After an atomic splash in the last week – which included landing on popular playlists including Spotify’s New Music Friday, The New Alt and New Noise as well as Apple Music’s New In Alternative and Breaking Alternative, Eli has decided to bestow upon us a creative masterpiece – the music video for “The F***** Up Things About Us” just dropped and it is a trip and a half. If you were a fan of Blink-182’s “First Date” video or Sum 41’s “In Too Deep” video then you absolutely need to check this out – the style compliments the song brilliantly and the creative decision making by Hurts is executed to perfection. You’ll laugh, you’ll cry, you’ll dance. Trust me when I say…you will dance.

If you’re not already listening to Eli Hurts, you’re welcome. This dude is making some amazing music, creating some awesome visuals and pushing boundaries because being normal isn’t cool, right? Peep “The F***** Things About Us” video and song via the links below 🙂