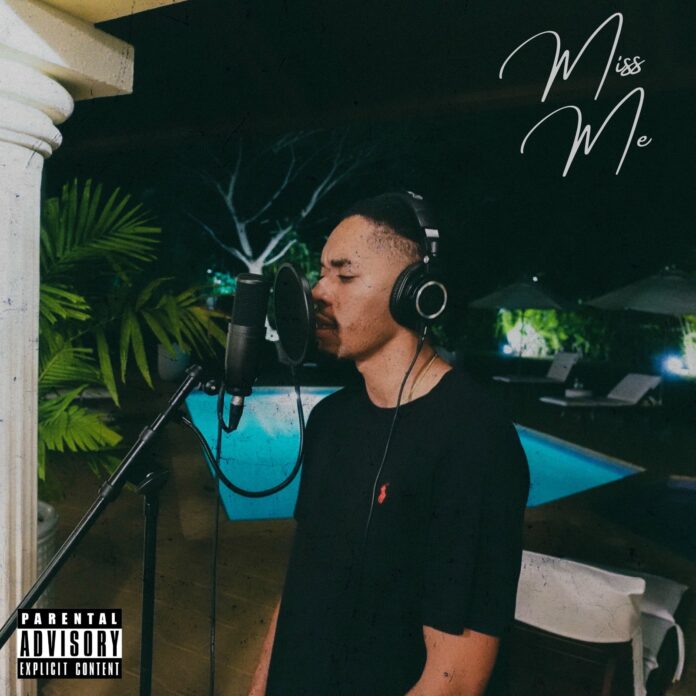 Emerging singer/rapper, Aliff Rush, has blessed fans with yet another single amidst the global pandemic titled, “Miss Me.” This track follows his most recent single, “Droptop Glide,” which has found success on Spotify since its release in July, and the release of his premiere full-length project, “Rush Hours 2,” which was released in March. “Miss Me” prevails as a symbol of the development of Rush’s sound, as the track is decorated with fresh instrumentation that channels early 2000s R&B and today’s radio hip-hop.

The track itself is built around a delicate piano chord progression and a lingering vocal sample that complements the track’s indelible hook, “Tell me that you miss me every time you hear this song.” The track comes to life in parallel with the production, as the incorporation of a clap snare in the first verse serves as the catalyst for the vibrant beat that listeners get a taste of when the hook is revisited.

Through the use of playful melody and musicality, Rush artfully conveys the workings of the painful experience that is missing someone. In fact, the rapper/singer’s lyrics convey that his own music may be the only beacon of hope in his relationship, as he unapologetically relays to listeners that he hopes his ex-lover will miss him after hearing his music.

Aliff Rush toys with nostalgia in his single, “Miss Me,” leaving listeners thinking of that special person whose absence seems as though it is eternal. However, that person won’t be the only thing stuck in listeners’ heads, as the track’s ear-catching melody is assuredly unforgettable.

Go stream “Miss Me” and keep an eye on up-and-comer, Aliff Rush. Like his newest single’s hook, the rapper/singer will surely not be forgotten in today’s music scene.

AFTER SEEMING TO POP UP OUT OF NOWHERE TOWARDS THE TAIL END OF 2020 AND THE BEGINNING OF 2021, WITH THE RELEASES...
Read more
ReviewsSongs