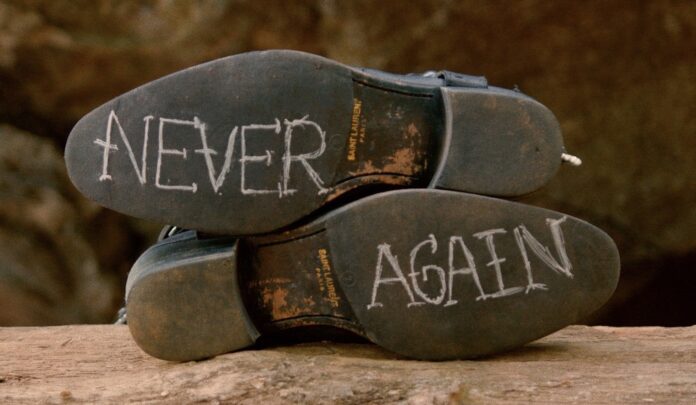 Brandon Shoop has all the makings of a star. The Harrisburg, PA native has boomed onto the scene with his brand new single and accompanying video titled “Never Again.” The track’s message is sure to resonate, centering around the feelings that emerge when a relationship comes to an unexpected end. The song chronicles a conversation between Brandon and an ex, and the words “never again” come to represent a pact he made with himself to never again indulge with the “kryptonite” in his life. In one of the song’s more raw moments, Shoop describes deleting memories from his phone while regretting ever thinking that things would last. With images like this one, Shoop’s lyrics are eminently relatable, and after listening to them one cannot help but reflect on the kryptonite in their own lives.

For Brandon, pursuing music wasn’t as much a choice as it was a calling. In a chat I had with him over the phone, he described the art of making music as “the only thing that ever made sense.” According to Brandon, the feelings he derived from things that were supposed to make him happy paled in comparison to how he feels when expressing himself through music.

After writing and producing for various artists, Brandon’s breakout track “Never Again” demonstrates his own, unique approach to sound and songwriting. Brandon’s newest hit combines punchy guitar chords with lush vocals and earnest songwriting to create a sound that you’ll want to hear over and over again. Shoop describes himself as an artist who doesn’t take himself too seriously, and his willingness to experiment within his music definitely works to his benefit. In his music, Shoop’s personality shines in ways other artists struggle to convey. He values the idea of making fun of yourself, and has set out to challenge the way we perceive artists as well as how they perceive themselves. “Status quo” is simply not within this man’s vocabulary, and his distinctive sound and video are truly special.

Make sure to follow along with Brandon on his journey towards stardom right here on Early Rising!

Before we jump into the song, I first want to paint a picture of where 777Villain was just short of three years...
Read more
Home FeatureReviewsSongs