Jon Lui / I Guess What I’m Saying Is 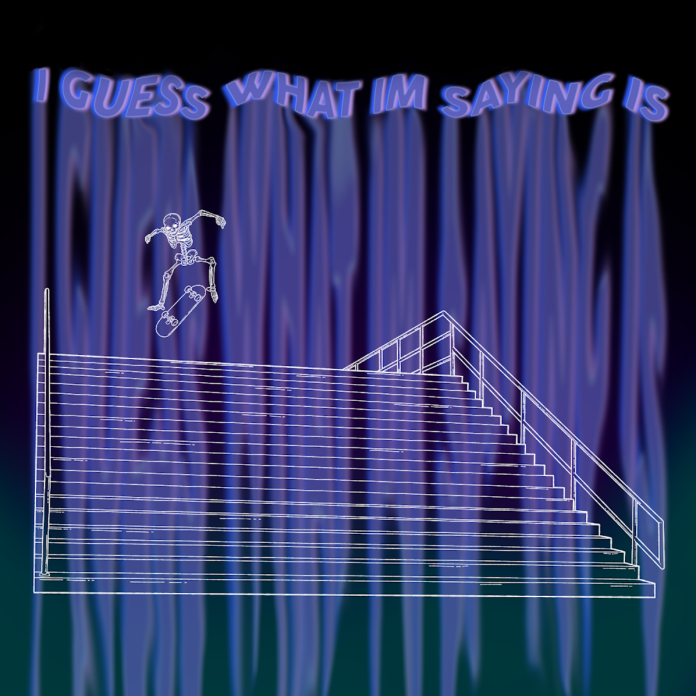 Jon Lui, known by his friends as jlo, is finding his “voice” on guitar and we are here for it. The 22-year-old artist says he can sit anywhere and make music, though a good skate and some coffee can help to push along the creative process. After seeing some friends at school playing guitar, Lui decided to give the instrument a shot with the hopes of becoming “popular.” What began as a simple hobby transformed into a distinct passion, as he was naturally taken with the instrument and continued playing non-stop. Lui is largely a self-taught guitarist who maintains inspiration by pursuing excellence in his craft, and his latest release “I Guess What I’m Saying Is” is one big step forward in Lui’s pursuit of guitar greatness.

“I Guess What I’m Saying Is” is a guitar instrumental that instantly struck me with its lively rhythm and intricately layered traditional and electronic elements. This track is particularly meaningful to Lui because it is the “first time he created something completely himself that he is confident in.” Lui explained to me that the guitar scene in Dublin (where he lives) is practically nonexistent, so for a time he felt like there wasn’t anyone to listen to his music. To Lui, “I Guess What I’m Saying Is” the start of something new.

This track creates an optimistic mood with its upbeat and undulating rhythm, introducing listeners to Lui’s unique and animated sound. “I Guess What I’m Saying Is” clearly showcases Lui’s guitar prowess, but what impresses me most is his undeniably forward-thinking take on progressive rock. With only two singles out and more to come, I am so excited to see how Lui will continue pushing the boundaries of progressive rock in the future. Take some time out of your day to listen to this stunning piece by Jon Lui!