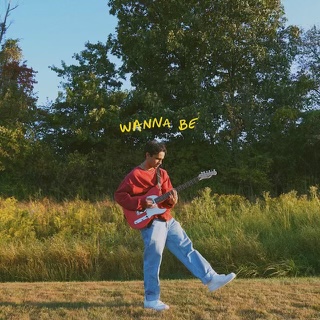 Scouring Spotify for something new and fresh quickly becomes exhausting. It’s like walking down a hallway lined with doors on each side, each door being exactly the same. Obviously, each song is different, but everything quickly blends together. Hitting shuffle one last time before calling it a night, desperately hoping to find something that would capture my attention, I was immediately drawn in to Shawn Mathews’ newest release, “Wanna Be.” I had music playing as a background noise, not expecting to be drawn in. I immediately swiped over to my Spotify and investigated the song playing.

Pennsylvania based, Shawn Mathews, made his musical debut back in January 2019 with his single, “Passtime.” Since then, Mathews has catalogued six singles, as well as one EP, titled “Blue.” His newest release, “Wanna Be,” is his sixth release of 2020. “Wanna Be” features relatable lyrics and a ridiculously easygoing, laidback vibe. Slightly reminiscent of Dominic Fike, “Wanna Be” has me hooked. As a sort of “pick me” plea with lyrics like “I just wanna be the one that you love / I just wanna be yours,” I would pick this song over and over. At just 2 minutes and 8 seconds, listeners will wish this song went on for a lifetime.

Multi-faceted as a singer, songwriter, producer, dancer, choreographer, the list goes on and on, Shawn Mathews is working diligently to be sure the world knows his name. Hit play on “Wanna Be” and expect for the song to be stuck in your head for an hour or two. Check out “Wanna Be” down below, as well as Shawn Mathews’ previous releases.

The other day in a conversation I was asked what I think about hyper-pop. Easy enough, I love it. I found myself...
Read more

Previously seen on volume 38 of the Early Rising playlist and now making its way over to the blog is “Vh3 Ether”...
Read more
ReviewsSongs