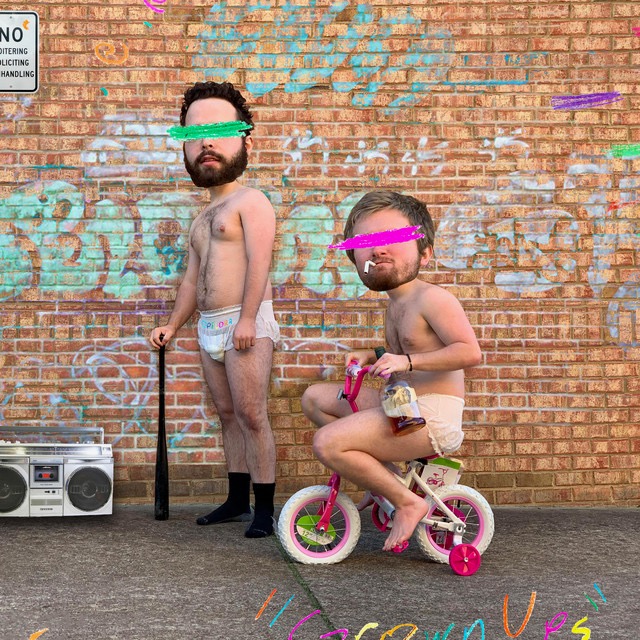 I first fell in love with Your Neighbors’ music a few years back, when the song “F.O.M.O.” was released. I had never heard a song that incorporated so many different elements of various genres before, and I felt that feeling I get when hearing something I couldn’t have even fathomed before listening. The decisions made in the track were bold and didn’t follow any noticeable blueprint. The song ventured into unique tangents that seemingly meshed together with ease. I then listened to “Temporary”, a genuine, heartfelt song that you’ll never want to end. Its sincere lyrics and effervescent production really tap into the musical range that’s displayed in every single Your Neighbors song. This avant-garde approach to his sound truly stuck with me, and the talent this man possesses is impressive/unsettling, to say the least.

Your Neighbors is the artist project of Walker Robinson, a Greensboro, North Carolina native whose passion for music has always been at the forefront of his life. His eclectic style was developed from the various places he’s lived around the world as well as the talented producers he’s met thus far in his young life. His sound is constantly evolving, which is why every new release is so exciting. Walker defies every norm there is in music, and simply doesn’t follow any formula. It’s easy to label his music as “alternative”, but that doesn’t tell the whole story. The song “Smacked” for example unexpectedly incorporates screamo elements, but it works like a charm. I don’t listen to screamo nor have I ever enjoyed it, but Walker’s fresh rendition and utilization of the style inspired me to think differently when it comes to how music is conceived.

Robinson teamed up with artist/producer Sam Will in his latest track “Grown Ups”. The two have collaborated quite frequently over the years, and each serves to provide the necessary components for creating a successful hit. The way the two complement one another is as joyful as it is seamless, and the message of the track is substantial in its own right. In Walker’s words, “it’s okay to not have everything figured out” and we’re all working through this thing called “life” together. His music is a testament to hard work and creativity, and I sincerely recommend his music to absolutely everyone who loves to experiment with new sounds. The goal of Your Neighbors is to make it out of the underground without the help of publishing companies or labels, and Robinson plans on having his first-ever album completed within the next few months. My favorite tracks are attached below… be sure to stay tuned for future Your Neighbors releases right here on Early Rising!