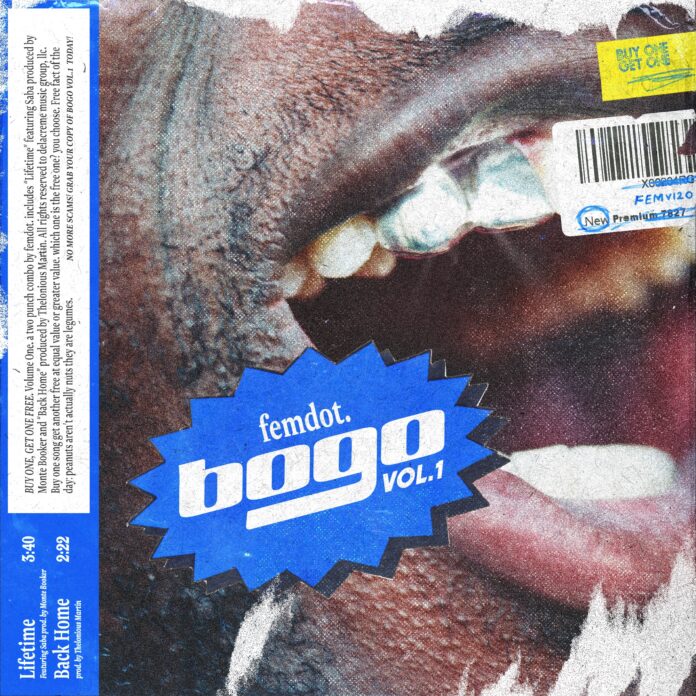 If you’re a Chicago music fan, then this article will merely serve as a refreshing reminder of one of the city’s most talented rappers. If you haven’t heard the name Femdot., then this Friday is your lucky day since there is truly no way that you can listen to his music and not get excited. I’ve known about Femdot. for the last year and a half and its been one of my biggest pleasures getting to track his progress, while watching him grow at an exponential rate. His lyricism is on another level which is what makes him such a coveted talent from the Chicago area. I’ve seen rappers come and go, but its safe to say that Femdot. is here to stay and make an impact in ways that are deeper than music.

Today, Femdot. is making his first Early Rising appearance for the release of a brand new dual track offering called, Buy One Get One Free Vol. 1. that has been receiving nothing but positive reviews from fans and tastemakers alike. The 2 songs included on this collection are “Lifetime” and “Back Home”; both extremely impressive tracks that have the legs to stand on their own. In this showing by Femdot., above all else, I was instantly intrigued by his clever storytelling and ability to captivate listeners from the moment the songs begin. There is a certain ambience that exists in his music that is unlike anything I’ve seen from the traditional rapper today. His music is beginning to move in a direction that will be hard to stop pretty soon here. What makes BOGO Vol. 1 so special is that Femdot. enlisted help from Saba to bring some flare to “Lifetime” which just completely rounds out an already dynamic display.

Femdot is a gem and its a blessing to witness all that he’s doing. I’ve attached the Spotify link down below, so give these two tracks a spin and tap in with Femdot. ASAP!