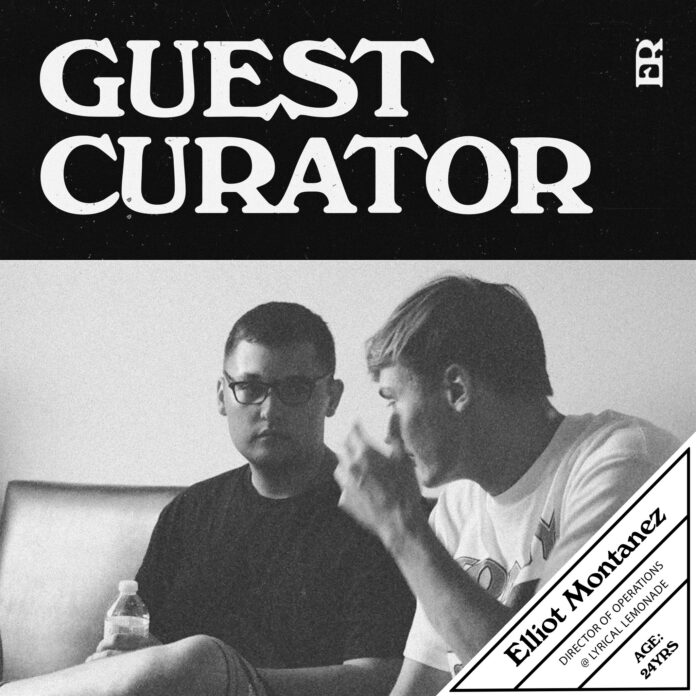 For the last 8 months, Early Rising has grown exponentially. The support we’ve received from numerous tastemakers and fans has been overwhelming, but with all that said, it is extremely important to honor someone who has had a direct role in all of it.

Many of you know Elliot Montanez as one of the original creatives behind the global platform Lyrical Lemonade, but for the rest of my life, I will always refer to him as the first person who ever gave me a chance in the music industry; thus changing the trajectory of my life completely. As a new manager back in December of 2018, I spent a lot of my time connecting with different people and trying to find ways to help the several artists I was working with at the time. For the past few years, Lyrical Lemonade has quickly become one of the most coveted publications to get on. A placement on there meant a lot when you consider the cultural influence it currently has not only in Chicago but around the world.

I decided to reach out to Elliot on a random day during Christmas vacation and to my surprise, he responded. With nothing to offer him whatsoever, the two of us engaged in a 45-minute conversation about music, life, and everything in between. As the conversation winded down, I pitched him an artist and asked if there would be any way that I could land him a placement on the page. What he said next are 7 words that I will never forget:

“Would you want to write for us?

That simple question completely changed the trajectory of my life as Elliot essentially gave me the keys to an amazing privilege that I truly cant even grasp to this day. For the past two years, I have been given the life changing opportunity of connecting with some of the industry’s most talented artists and their teams while writing for Lyrical Lemonade. The ability to craft a simple article for someone who I am a fan of and seeing the way it makes their day is a feeling that cannot and will never get old. Elliot gave me that gift and it is always humbling to remember that I cannot take the credit for anything that I’ve achieved thus far since the only reason I am where I am today, is because of the Elliot’s kindness.

Outside of everything Elliot has done for me, the 24-year-old Chicago native has played a huge role in the success of Lyrical Lemonade and shining a light on prominent Chicago artists everywhere. Originally working for Chance The Rapper and his team which consisted of his older brother, Eric and Pat Corcoran, Elliot has cultivated years of experience that has ultimately impacted the way he helps out with Lyrical Lemonade. Everything you see on the well known blog in some way points back to Elliot. The Swiss Army Knife has his hands on a myriad of Lyrical’s day to day operations. From managing the social media accounts, helping the merchandise department, producing interview content, and coordinating A&R, Elliot is truly one of the backbones that allows Lyrical Lemonade to flourish the way that it does today.

On the blog side alone, Elliot is responsible for writing over 4,300 articles alone since the beginning. If I truly listed everything that he does, this profile would go on forever. To add on to his plate at LL, Elliot also manages the dynamic Chicago based rapper, femdot who has spent his career growing into one of the most talked about rappers on the rise right now. Elliot’s hard work and extensive knowledge of the music industry has materialized into a career that has allowed him to make a difference for so many people in so many areas including myself.

If Elliot woke up on the wrong side of the bed the morning we talked, I’m really not sure where I would be in music today. This simple realization is nothing but a testament to the person Elliot is and I will always be grateful for what he has done for my life and career in music. If you are a fan of Early Rising and Lyrical Lemonade, then it is imperative that you become a fan of Elliot Montanez as he is a huge reason why both entities are what they are today. It is our pleasure to have the him on our page this week to guest curate volume 33! Stay tuned to check out his picks!

I’ve definitely been diving deep into artists who strive to blur the lines between different genres recently.  I think my initial attraction...
Read more
Guest Curators