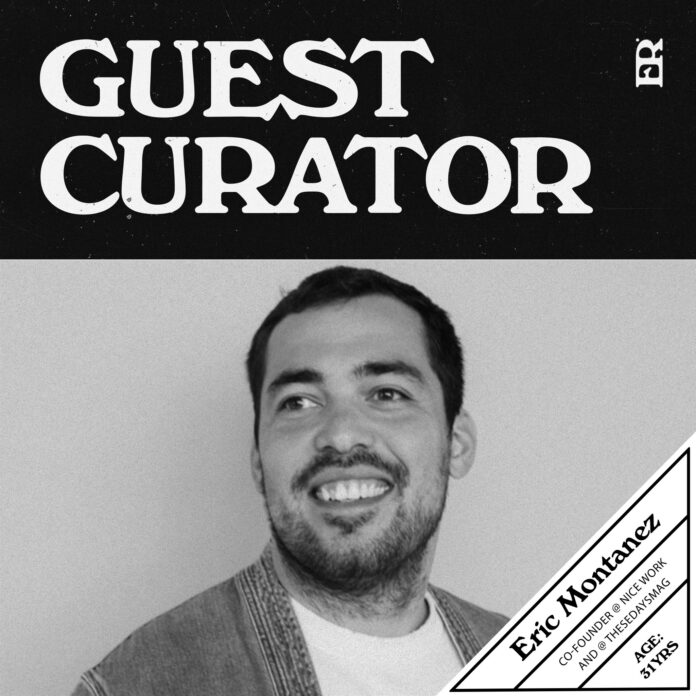 For my whole entire life, I knew I wanted to be involved in music. There was always this voice inside of my head drawing me to it, but there was only one problem; I had no idea how to begin. During my Junior year of college, after a shoulder surgery put my college football career at a halt, I found myself with a lot of time on my hands to finally pursue and learn more about this passion of mine. I found myself digging through the internet, trying to find any type of resource that could get me pointed in the right direction.

One day, I stumbled on Pat Corcoran’s Complex Blueprint interview where he went in depth about how he took an artist like Chance The Rapper from being virtually unknown to now one of the biggest figures in the world; all while staying independent. After that interview, I knew I wanted to be a manager, but like I said before… I had no idea how to make this a reality. For the next few days, I spent my time sending hundred of DM’s to anyone I could find who was associated with Chance The Rapper and his team. Who was I kidding though? Why would anyone associated with Chance respond to a Division 1 football player with no experience in the music industry? After a couple of days went by, I chalked up this silly pursuit to nothing other than a short-lived fantasy; That was until, one person finally messaged me back.

To this day, Eric Montanez will always be known as the first person in music industry that I got the privilege of connecting with. I still have the message thread from 2018 saved on my phone and often times look back at it to remind myself of how it all started. I simply reached out for advice and had nothing to offer him other than questions, but, for some reason, he responded:

Skip to a few days later, Eric hopped on a 20 minute call with me just to listen to any and every question that my young ambitious mind could come up with. It was at that moment when I learned all of the amazing things Eric had done with long time friend, Pat Corcoran and everything he was set to unveil in the future. At the time, Eric was managing Ravyn Lenae under he and Pat’s company Haight which was established back in 2104. Despite my slim knowledge on the music industry, Eric gave me one piece of advice; He simply told me to keep doing what I was doing. This made no sense to me since I really wasn’t doing anything at all, but Eric reassured me that when starting off, no one really knows what they’re doing, but as long as you keep connecting with people and learning, it’ll all work out. I would be lying if I said I wasn’t underwhelmed by this advice. From the outside looking in, music seemed to be so much more intricate and complex than this, but looking at my path in music today, it’s extremely evident that Eric’s advice has been nothing but true.

Since speaking back in 2018, Eric has gone on to become the Co-Founder of the well known artist development/management company, Nice Work; (an iteration of Haight). The company has a roster that includes Appleby, Danny LoPriore, Daisy, Dom Sarfo, Glded, Knox Fortune, Laeland, The O’My’s and Vermont Collective 99 Neighbors who are signed to the Nice Work imprint under Warner. Growing up in Chicago, the 31-year-old has always had his eyes set on the music and creative scene of the city. With a community that is known for being the melting pot of creativity, Eric found himself immersed in the middle of it, which ultimately led him to become an important piece of Chance The Rapper’s rise. Working side by side with Pat Corcoran, the two have worked tirelessly to maintain an artist first mentality in their efforts to give back to the city that gave them so much. On top of Nice Work, Eric is also the Co-Founder of the emerging publication called, These Days Magazine, a music platform centered around telling the stories of Chicago’s brightest up and comers. This latest publication venture is nothing other than the culmination of Eric’s extensive past in music writing. Before writing for Hypebeast and Hypetrak, Eric and Pat started a site called See Beyond Genre which ultimately led to what we see now with These Days.

With his hand in so many different places and a plethora of experience under his belt, Eric has created a name for himself as someone who is not only on the pulse of every thing new, but the person who is dedicated to make sure the new becomes discovered in the most authentic way possible. Eric’s reputation proceeds himself which is why I consider myself extremely lucky to call this man a mentor and friend. If you’ve had the chance to meet Eric, you’d know how much of a blessing he is to everyone around him. If you haven’t met him, make sure you become familiar with all that he’s doing in music! We’re honored to have him on the Early Rising page this week as our guest curator for volume 33!

Before we jump into the song, I first want to paint a picture of where 777Villain was just short of three years...
Read more
Guest Curators