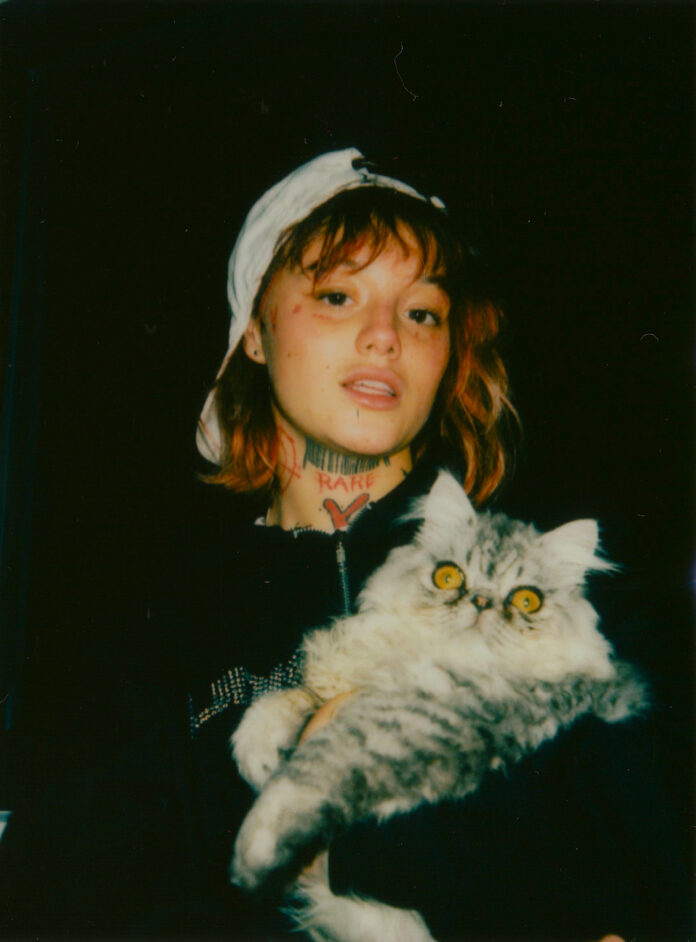 Chlobocop might just be one of the most unique and intriguing artists who I’ve gotten the chance to listen to. Although she is very well known amongst many musical communities, today is my first time stumbling upon her and I’m so glad that I did. From the moment you get a dose of Chlobocop’s distinctive style and brand, it’ll be hard for you to resist the energy that accompanies it.

Originally from Glasgow, the up and coming star first surfaced in 2018 with an impressive project called, “LiL RED RIDIN’ FROM the HOOD” followed by a slew of amazing singles to push her artistry even further. After taking some time to away from releasing any music, Chlobocop is back today with a brand new offering called, “It’sNotOver” that clearly emphasizes the fact that the best is still yet to come for this promising act. The new single is the perfect introduction to the revamped and fresh sound that Chlobocop possesses. Stylistically, I’m a huge fan of the nonchalant, yet impactful lyrical content that is empowered by the dark production undertones. If you want to feel something; If you want to put your mind at ease while thinking deeply at the same time, then this song is the one for you. The vocals of Chlobocop are immensely soothing as it creates an ambience that will allow you to escape into the very world that she’s creating.

With this brand new release, Chlobocop is shifting in to an exciting space that is going to pay off dividends for her artistry. I’m really excited to hear more from her in 2021 and you all should as well. I’ve attached her most recent song, “It’sNotOver” down below, so give this one a listen and let us know what you think!