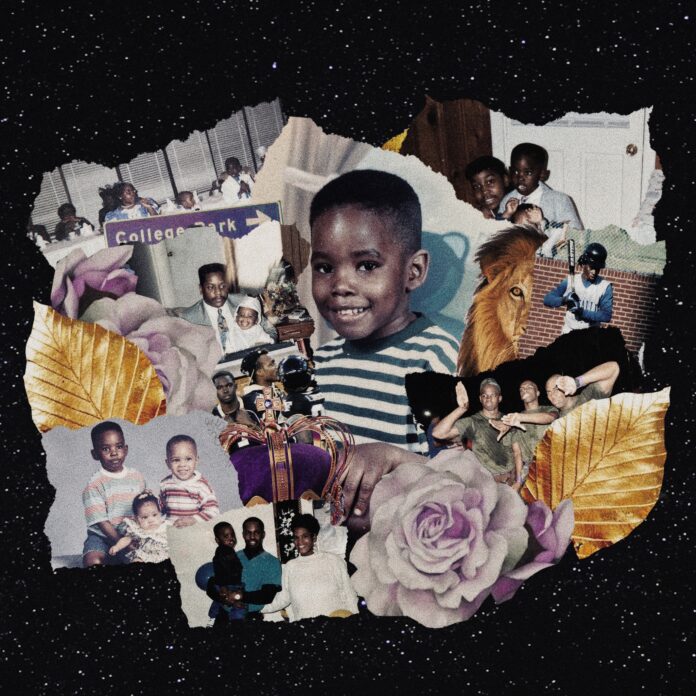 Keenon Rush grew up in East Atlanta churches, traveling and singing in choirs traversing most of the East Point region. After attending Wake Forest University, majoring in Economics, and landing a good job in corporate America, Keenon Rush embarked on a more spirited journey, which involved his debut project CITIZEN KEEN, followed by the project KEEN IS ABLE.

Keenon Rush’s earliest introduction to hip-hop was going through his dad’s CD cases in the early 1990s. He was interested in the art and the font on the CDs even back then. He gravitated towards Outkast early in his life off their visual aesthetic, and he took influence from their music. He also appreciated Slick Rick and knew the rapper’s famous nursery rhyme by heart in pre-kindergarten.

A highly motivated writer and musician who has built a sufficient recording studio in his College Park, Georgia, home on Atlanta’s southside, Keenon Rush verbalizes the inner workings of his mind over twelve intoxicating soundscapes on his new album LONG LIVE THE KEEN.

Track two, “Good God,” features production from Hollywood Cole. “A young black man got many gifts, and situations and relationships and sadness and happiness,” Keenon Rush raps. “I’m trying to change my generation’s fate,” he raps, just a few bars later. You have to respect the determination. Track three, “Church Clothes,” is one of the more uptempo, breakneck rap cuts on the album, winking and paying homage to the Schoolboy Q “yeah” ad-libs. Track eight, “Love Yo Self,” is one of the more feel-good songs, a song with more mainstream potential to resonate amongst women. Track ten, “Summer Nights,” is another free-flowing rhythm with an enormous capacity for Mos Def-esque intelligent nightlife, promising to soundtrack next June, July, and August. “Young people, don’t settle, don’t alienate your hustling, keep hustling,” sings Keenon Rush.

While I’ve always been under the impression that age (to an extent) shouldn’t matter when you are evaluating an artist (as it...
Read more
Reviews