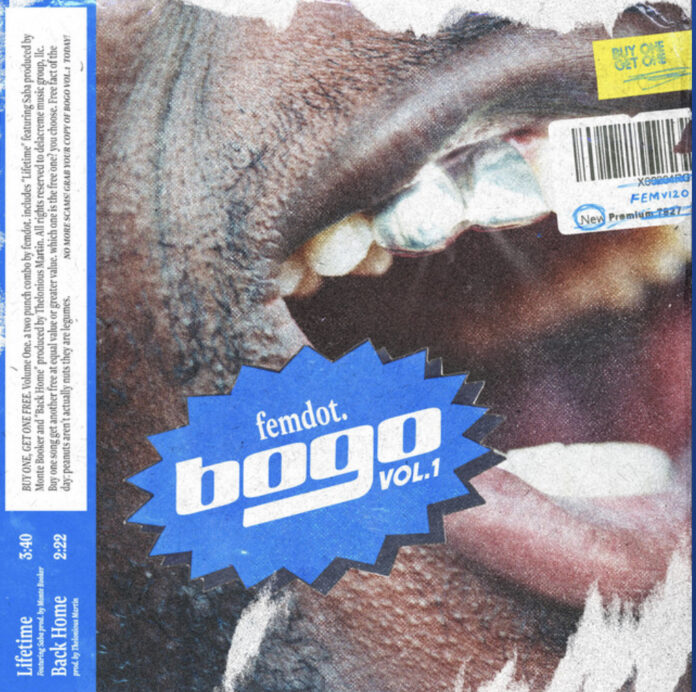 The Chicago music scene is full of well-recognized talented artists and rappers. Climbing his way up the ladder, 24 year old emcee and Chicago native Femdot is showing fans that he can hang with the best of them.

In his newest single “Lifetime”, he showcases his spectacular lyrical abilities crafting together tight rhymes, exquisite wordplay and empowering messages in his raps. The song is elevated with a feature from fellow Chicago native Saba and production from talented producer Monte Booker. The message of the song is echoed in the title. In the chorus, Femdot raps, “Im tryna make it happen at the right time tryna make it here for a lifetime”. This lyric expresses his attitude and goals as an artist. He is telling listeners that he isn’t slowing down after one hit song but rather focusing on having a lasting career and leaving his musical legacy.

A first generation son of Nigerian parents, Femdot’s birth name is Femi Adigun. Being the youngest of four, he took inspiration from his siblings in a variety of ways. He credits his older brother for introducing him to rap and inspiring him to start creating his own raps at age 6. If it weren’t for him, Femdot says he may have never pursued a music career. He also credits his sister for exposing him to R&B which ultimately became one of his favorite genres. All of his siblings helped to create his moniker “Femdot”, taking inspiration from Jay-Z’s nickname S-Dot Carter. Starting as just a family nickname, it eventually spread to friends and classmates and stuck with him ever since. Femdot was born in Evanston, Illinois but spent most of his early life in the north and southside of Chicago. There he spent his time honing his passion for science and music and writing.

After high school, he went to Penn State to pursue a degree studying immunology and infectious disease. Around the same time he was studying at Penn, the Chicago music scene was growing in success and popularity with the rise of Chance the Rapper’s ‘Acid Raps’. While he enjoyed his time studying at college, Femdot noticed his friends and collaborators thriving in Chicago and it made him contemplate whether he made the right decision going to Penn State. Not wanting to pass up on the chance of following his musical dreams, he decided to transfer to Depaul University back in his hometown of Chicago and never looked back. Since then he has released a project every year except for 2015.

With his outstanding work ethic and drive to succeed, the sky’s the limit for this young and talented rapper. You can listen to his package deal project, “Buy One Get One Free” featuring his new single “Lifetime” and additional single “Back Home” on all streaming services.