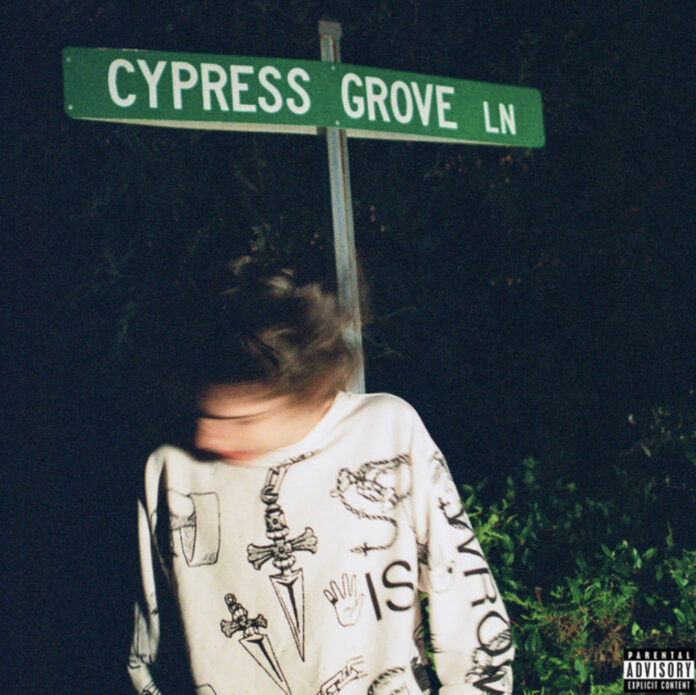 The fate of music rests with a 15-year-old in North Carolina who keeps calling himself “bossman” on the internet. When his track “astrid” started making waves in the Soundcloud scene, there was no turning back. Many huge artists have paved the way for the eventual transition of hyper-pop taking hold of the mainstream, and the one to cement it has finally arrived. I have never been more sure of anything in my life, the future is here and it is Glaive. It might have taken my Spotify wrapped to really cement it in my head, but Glaive is making earworm after earworm and the world is ready to take it all in.

After buzzing for a few months, the fifteen-year-old star (who just started making music this year) signed a deal with Interscope Records to bring forward his debut EP. Finally, at the end of November, the 7 track project, cypress grove, arrived. At a total runtime of 13 minutes, the project is quick, exciting, sincere, and full of two minute slappers you’ll run through 50 times in a week. From top to bottom this project has no skips, no downtime, and huge huge huge promise for what is to come.

Glaive captures the emerging angst of a generation led by the likes of Juice WRLD, Lil Peep, and the budding alternative sound of Gen X. I see him as what Blink 182 would have been doing as teenagers with modern music tech. This angst and whininess (affectionately) are combined with the electronic chaos production popularized by the likes of Grimes, Charli XCX, and 100 gecs, which is the most projectable and proven formula for the coming generation’s superstar. To tie it all together, his look often gets compared to Stranger Things and Calpurnia’s Finn Wolfhard, as if there was anything else left to settle. Essentially, Glaive is the Gen X prototype of a budding star and his songs are banging.

The EP reintroduces several singles such as “eyesore”, “astrid” and “pissed” while introducing four fresh tracks to play to death. My personal favorite of the three singles leading to the EP, is “astrid.” The track opens with some smooth guitar playing and eventually expands into a hyper-pop banger. The vocal chain on Glaive’s voice brings forward a slightly warped robotic sound but is just dry enough to let him shine. The subtle harmonies throughout are a major strength of Glaives’ and do not go unappreciated. The lyric is one of teenage heartbreak, my personal favorite moment being, “stuck inside my head / I should be stuck inside my bag.” Just let yourself bounce along to the banging kicks and get taken into the future sound of pop.

As for fresh tracks, Glaive shines on both “dnd” and “touché.” On “dnd” Glaive delivers one of his best hooks yet with more killer harmonies and video game-like production to tie it all together. The drums on this track are insane, and the completely roaring bass hits knock so well in the car. The build-up on the verses Glaive delivers is beyond his years, working over a ticking hi-hat and building into a huge chorus, the structure of the production and the nuance in the vocal delivery is masterful for anyone — let alone a 15-year-old. The lyrics on the track are once again sincere and youthful, in reference to the iPhone’s do not disturb function, Glaive just wants to be left alone. Full of expected angst and grit, Glaive shuns away a former lover’s texts, calls, and outreach. Just bump this and put your phone on dnd, tune out, and let yourself jump around.
Listen to cypress grove right now. I have never ever recommended a project more. The future of music is here and it will shine for the next decade. From North Carolina to the world, get ready for Glaive and the budding wave of Gen X angst, let it all return! Tap in at the link below and get ready.