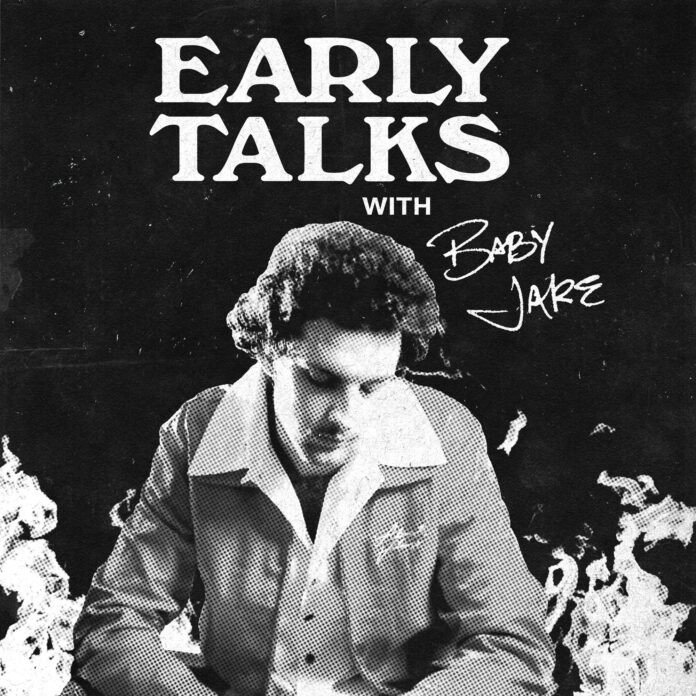 I’ve been excited about a plethora of interviews, but today, one of my favorite artists is hitting the Early Rising pages to close out our Early Talks Series for the year. If you’re a fan of good music and even better people, then this piece is going to warm your heart as I had the opportunity to talk to a pure gem in this music industry. BabyJake is a star both musically and personally. The 6’6″ Fort Myers, Florida native is a talent that has quickly taken the music world by storm and a lot of it has to do with the exceptional person that he is and the passion for art that he possesses. Outside of this interview, I’ve spoken with Jake a couple of times and each time we speak, its always a blessing to hear all of the amazing things he’s up to. With a strong 2020 under his belt, I wanted to take the time to talk to the 23-year-old about how his life has changed from being a kid from South Florida to now living out his dream. His humble beginnings have shaped the way he operates and it’s extremely cool to be currently witnessing his rise.

Well, without further ado, for the last installment of this series, sit back and enjoy this week’s Early Talks W/ BabyJake.

Sam: So brother take me back to the beginning of your journey; Where did you grow up and how did you get in to music in the first place?

BabyJake: I grew up in Fort Myers Florida. I was born in Key West, then I moved to Naples then I grew up in Fort Myers which is 25-30 minutes north of Naples, so I’m familiar with the Nate Travellers, the Brendan Bennetts, the Dominic Fikes; I’ve known those boys for a while. But yeah, I started playing guitar at 8-years-old, I started producing at like 13 and at the time I was very heavy into sports, but I first started taking music seriously when I dropped my first project and it got some buzz, so from there it got started and I haven’t really looked back since.

Sam: Were your parents musical or have any background in it?

BabyJake: My dad wanted to be a singer. He actually sang in bands all throughout High School and was going to move out to LA, but he got drafted in to the Vietnam War. My dad is actually a lot older; he’ll be 70 soon and my mom grew up playing violin as well, but I would definitely say that if it weren’t for the Vietnam war, my dad would’ve been a musician for sure.

Sam: So as far as them seeing your journey in music first hand, were they supportive or skeptical of it all? What did they make of it?

BabyJake: Yeah I mean, when I first started, they were like, yeah it’s a cool hobby and stuff. My dad plays guitar so there were never any issues or never any comments like “you’re wasting your time”. I dropped out of school though. I went to USF for a year and when I dropped out, that’s when my mom couldn’t stand it because it was such a hard life for her trying to immigrate here from Lithuania legally and become a citizen, so she was kinda just telling me that I have to be by the book and that she worked so hard to give me an opportunity where I could go to college. My dad on the other hand saw some of the early success on my old stuff that had one million views on one of the records and blog write ups from Indie Shuffle, so he was a little more receptive to hearing it out but he was kind of like “make it happen… I’m only going to support if it happens.” So I ended up moving back home to Fort Meyers because I really couldn’t pay my rent and that’s when things were down to the wire for me. It was either make it happen or go get a job.

Sam: So you used that pressure as fuel to make this whole thing happen, yeah?

BabyJake: Yea I mean at the time, there was a lot of doubt going around and I don’t blame anybody whatsoever. To grow up and be like hey I want to be a musician, its kind of scary; but now that I’m out in Los Angeles, it seems a lot more realistic since everyone out here is doing it. And in Fort Myers, Florida, if you’re saying you want to be a famous musician…it’s just crazy, so yeah man, I’m definitely thankful to be here and be in the position that I’m at today.

Sam: I love that man. I’ve always been curious to know what it was like meeting and now working with Scooter. I’m sure that was surreal for a kid from Fort Myers to have that opportunity.

BabyJake: Man it was great. I couldn’t have asked for anything better to happen. I love Scooter. I have no regrets whatsoever. He’s an amazing guy and very transparent from the start about what it would all look like and what he could bring to the table. It’s been absolutely great dude. I can reach out to him any day and shoot him a text or a phone call. You would assume that it’s like this big business mogul thing, but he really cares for his artists even when you’re down to someone of my size especially in comparison to a Bieber or Ariana.

Sam: That’s fire man. Scooter is actually a huge reason why I’m in music. Like a lot of people, I watched his Complex Blueprint interview and decided I wanted to do what he did, so the simple fact that you get to work with someone like that is so cool. Outside of that man, tell me what you’re up to now. Any exciting things that you’re working on for the new year?

BabyJake: I’m not going to spoil anything, but I’ve got a couple of things that I’m really excited about. It’s super dope. I get to work with some people that I’ve wanted to work with or have worked with already, so that’s going to be awesome. But after that, I’m going to be prepping my releases for my album, which will hopefully come late spring, early summer of 2021.

Sam: I love it. As we finish up, I’d love for you to give any some advice to any young artist out there who may find themselves in a similar situation that you were in starting out. So I guess, if you could do it all over again, what’s some advice you would give to your younger self?

BabyJake: Stay True…It’s kind of cliche to say that and I feel like a lot of people throw that around, but it’s so real in the music industry and honestly any other industry you may find yourself in; It’s so important to stay true to yourself, especially when there are so many birds chirping in your ear when there’s some buzz around you. Always stay true and do the music that you want to be making. Don’t let anyone influence that because there are going to be a lot of people in your ear who are going to tell you what they think is popping. I’ll use Tik-Tok for an example. “You gotta get on Tik-Tok, You gotta get on Tik-Tok”…. For some, 100%. If you want better chances to blow up quicker, you should do that…but at the same time, if you’re an artist who says, “thats not me”, you should be able to do that too and no one should ever sit there and be like “you’re  not ever going to be this because of this.” So yeah, I would say, stay true to yourself and believe in yourself. The number 2 thing is to just stay patient. There really are so many sharks out there who just want to spit you up and put you in the fish tank. The third piece of advice is to just enjoy every moment of it, because I’ve breezed past a lot of it and I don’t recall lot of it man and I wish I would’ve taken a little more time to just enjoy it. It’s about the ride. The ride is the funnest part. If you’re a kid from South Florida or North Dakota and you want to be an artist and you want to sign a record deal and get a dope manager, trust me…the ride is where it’s at. You need to realize how important the ride is because once you get some success, you’ll see how much more difficult and how much more you have to do to capitalize on the opportunities that come.

Even though I’m not pursuing a career as an artist, I left this conversation inspired and impressed by the insight that Jake had to offer. If you’re an up and coming talent, its imperative that you familiarize yourself with BabyJake as his story and journey is a true tale of dedication and truly believing in yourself regardless of what your circumstances look like. The future star is on his way to great things in 2021 and I can’t wait to see it all unfold. Down below, I’ve attached one of my favorite music videos by BabyJake, so take some time to re-read this interview and check out some of his music!