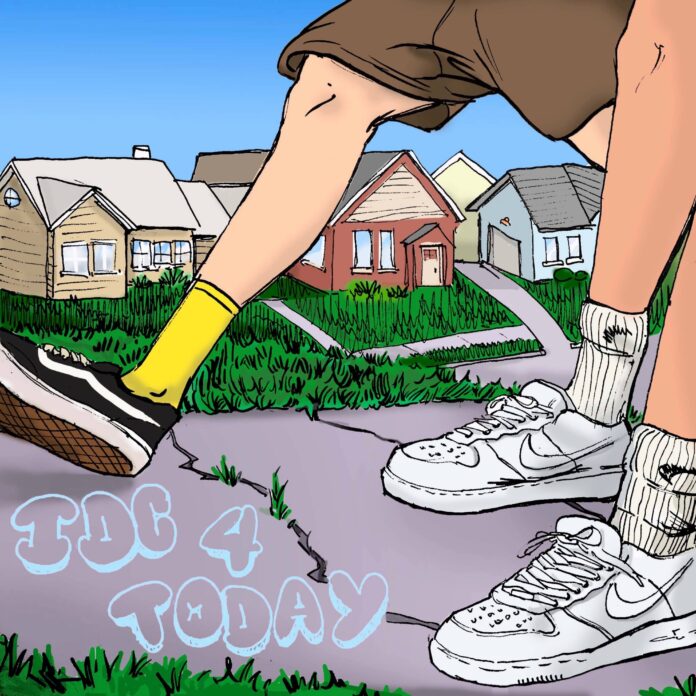 Making his debut on Early Rising today is an artist named Emmett Mulrooney and I’m super excited to unearth a true gem that a lot of people will inevitably fall in love with. The 17-year-old Milwaukee artist is making an appearance on our publication today for his latest track called, “IDC 4 TODAY” and it’s a song that you truly don’t want to miss. I came across the stellar offering after a friend of mine sent me the Spotify link and from the moment I pressed play on it, I became obsessed with this kid Emmett who I had never heard of before. That’s how life works though. Any day can be the day that you stumble on something amazing and you wonder how you lived so long without it.

At the young age of 17, Emmett is already lightyears ahead of a lot of artists in terms of his sound and maturity. He’s got a fully fleshed out identity and that is made known throughout his songs and the way he represents himself in his music. I got the chance to FaceTime with Emmett and from the moment we started talking, I just knew this up and comer had the makings to be a star. I truly believe that you all will feel the exact same way after you check out “IDC 4 TODAY”. The upbeat and vibe offering was co-produced with Sean Gerty while the cover art was done by Dylan Hoffman. On the song itself, theres really not a dull moment. I took the time to send the song to some of my colleagues at Early Rising and and the feedback was nothing but positive.

From the moment you hear Emmett’s vocals on this fire track, you’ll instantly become a believer. I’m so hype for y’all to check this one out so make sure you click on the link down below and get familiar with Emmett Mulrooney: The next great thing in music!