Camden / What Are The Odds 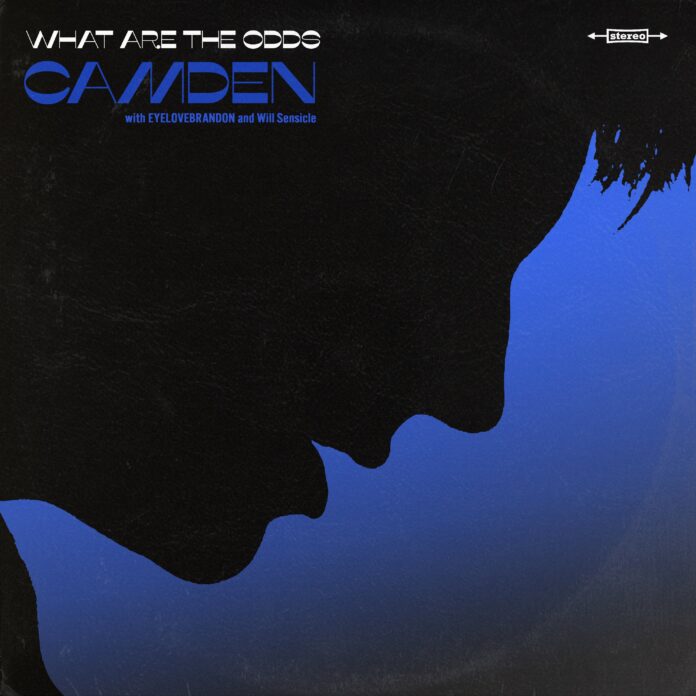 Nashville up-and-coming artist, Camden, is developing a meticulous, soothing sound that will leave you yearning for more. Camden grew up in a small town just outside of St. Louis but he’s up to big things; he has already shared the stage with the likes of X Ambassadors and Kota The Friend. A multifaceted musician who transcends genre, Camden has the talent and drive necessary to make an impact in the music industry. With a few releases and a number of impressive collaborations to date, Camden is crafting a sincere, comforting sound that combines jazz and neo-soul elements with a modern hip-hop twist, offering a fresh perspective and sophistication that’s truly hard to come by.

For much of Camden’s life, all he knew was music. His dad was a music major in college and instilled within him a musical fire that’s still burning today. From an early age Camden recognized his calling to music. He feared not seeing his passion through and living with the question of “what if”. This led Camden to leave behind his 9-5 lifestyle and pursue his passion full-time. He hasn’t looked back since. After a short conversation, it became evident to me that Camden views music as a part of his identity; he can’t envision himself doing anything else. With an EP on the horizon, Camden has big plans for 2021.

In his newest release, “What Are The Odds,” Camden collaborates with Will Sensicle and EyeLoveBrandon to create a contemplative and heartwarming chill-lofi-jazz track. Camden and Will Sensicle wrote the song in London after being connected by a friend. Camden contacted EyeLoveBrandon, an extremely talented R&B/Soul producer that’s worked with major artists like Mac Ayres, to complete the track. EyeLoveBrandon’s tasteful drums and soulful keys pair well with Will’s smooth guitar playing and gentle background vocals. Heavily inspired by bossa nova music and artists ranging from Chet Baker to Tom Misch, Camden had a clear vision for the vibe and feeling this song would convey. Inspired by a coincidental encounter Camden had with an unknown person in London who happened to be from the same area as himself, Camden wrote “What Are The Odds” about the simplicity and beauty of human connection. I highly suggest you give this song a listen… it will not disappoint! If you’re interested in learning more about these rising creatives, connect with Camden (@camden_music), Will (@willsensicle) or Brandon (@eyelovebrandon) on Instagram.

Stay tuned for the release of the song’s accompanying music video dropping on February 10th!