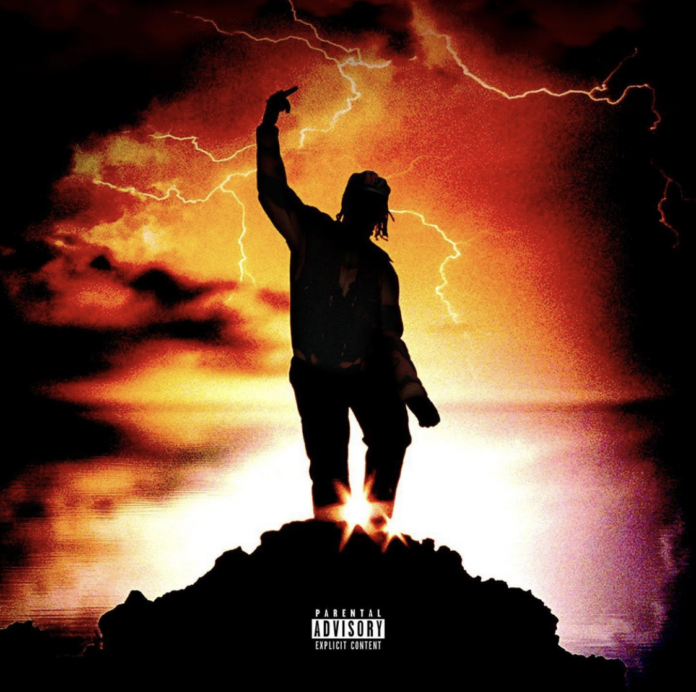 MILES is one of those artists who I listened to once and immediately saw through the frills and directly into the core of his musical ability.  When I first watched the “What in Tarnation” music video, I found it hilarious, but at the same time, I saw an artist with talent that was not understood yet, an artist who could be the funny guy, the introspective guy, and the tough guy all at the same time.

San Louis-born MILES is not your typical hip-hop artist, and he’s not trying to be either.  Named after Miles Davis, this creative was born into a life filled with jazz artists like Bill Withers and Kirk Franklin.  These tastes soon broadened to include modern-day artists like Lauryn Hill, Wiz Khalifa, and Travis Scott.  Initially recruited to play football at Dartmouth, MILES balanced athletics and music before moving out west and immersing himself in the fast-paced Los Angeles musical lifestyle.  After releasing his viral hit “What in Tarnation,” MILES returned with “Desperados,” his first single released under Elektra Records.  Produced by Danny Majic and WZRD BLD, this track introduces a new side of MILES, one that only scratches the surface of his creativity and desire to stray away from the norm.

Just yesterday, MILES released the music video for “Desperados” and it leaves absolutely nothing on the table.  From the setting, to the filming, to the editing, this video takes something so simple and transforms it, gripping the viewer until the end credits roll in.  The very first scene depicts MILES walking down a deserted dirt road, dressed head-to-toe in black, covered in silver jewelry, and toting a black guitar case.  Immediately you start to sense a stark contrast between MILES’ outfit/persona and the environment that he finds himself in.

If the environment matched its musical stereotype, we would be watching a cowboy wearing jeans, boots, and a cowboy hat, sitting atop a horse singing country music.  This video, however, challenges what is expected in every sense of the phrase.  In contrast to most rap videos today, MILES doesn’t include fancy cars, flashy logos, and everything else that you may see.  Instead, with the help of expert director/editor/filmer Cam Nisbet, MILES manipulates the environment around him, the lighting, and uses intricate camera angles to create something that moves against the grain as if it were the way it was intended to move.

From start to finish, MILES excites viewers with a timeless video that intentionally sticks out as ‘abnormal’ within the hip-hop sphere.  This is just one of the many ways this talented creative differentiates himself from the pack and proves that he is a force to be reckoned with that will not be leaving anytime soon.

Check out the video below, make sure to stay up-to-date with MILES on Instagram, and be on the lookout for his upcoming releases in 2021!

Before we jump into the song, I first want to paint a picture of where 777Villain was just short of three years...
Read more
ReviewsVideos