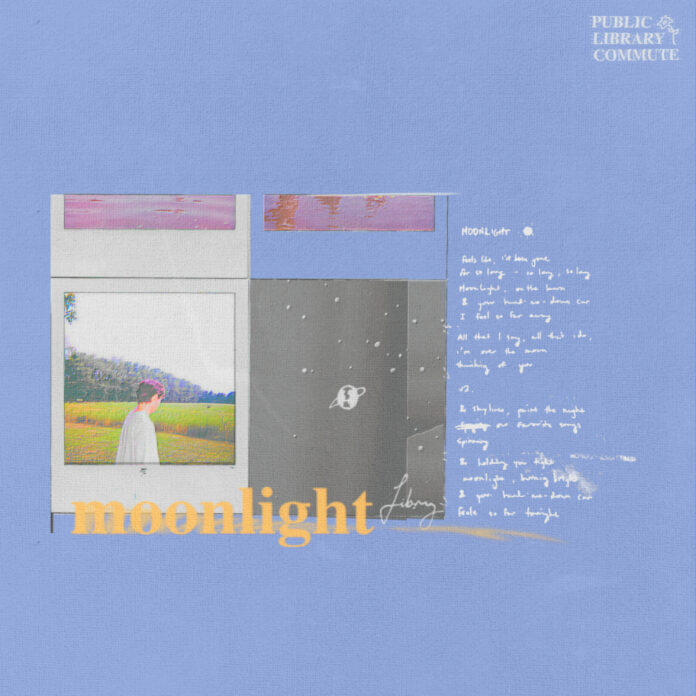 Over the course of the past couple months, few musicians have worked as hard as Conrad Hsiang, also known as Public Library Commute.  After releasing his second single of 2020, “You Been On My Mind,” Hsiang retreated to work on friend and collaborator Healy’s brand new project, Tungsten.  With writing and production credits on 11 out of the 13 tracks, Tungsten emphasizes Hsiang’s multifaceted talent as a performing artist in the foreground and a producer and writer in the background.

Few artists parallel Hsiang in terms of his ability to work on different projects in varied genres simultaneously. The extent of his creativity, however, spans much further than the ear can hear.  Aside from writing, producing, and performing all of his own music, Hsiang also designs his cover artwork, directs his music videos, and does all creative direction for everything Public Library Commute.

Today, this rising creative releases his first record of 2021 titled “Moonlight.”  Hsiang’s favorite part of the song, the intro guitar lick, immediately sets the tone for the rest of the record.  His silky vocals slowly seep into the track, dancing atop an indie-pop production that showcases Hsiang’s drive to create art that is as beautiful as it is impressive.  Heavily influenced by old soul music, Hsiang looked toward his inspirations and fused them with his personal style to create something that lives in two generations at the same time.

Written about all of the important people and places Hsiang left in New Jersey to pursue his musical career in California, “Moonlight” encapsulates the highs and lows that he’s encountered so far on his journey.  Hsiang explains, “this song was written with a specific image in mind – New Jersey Summer night, my girlfriend’s 2005 Honda Civic sitting in the driveway, full moon shining on my parents lawn.”

Only so many words can describe how intentional and beautiful this record is, however, the only way to truly find out is by listening below! Make sure to stay up-to-date with Public Library Commute as a new project is close on the horizon.