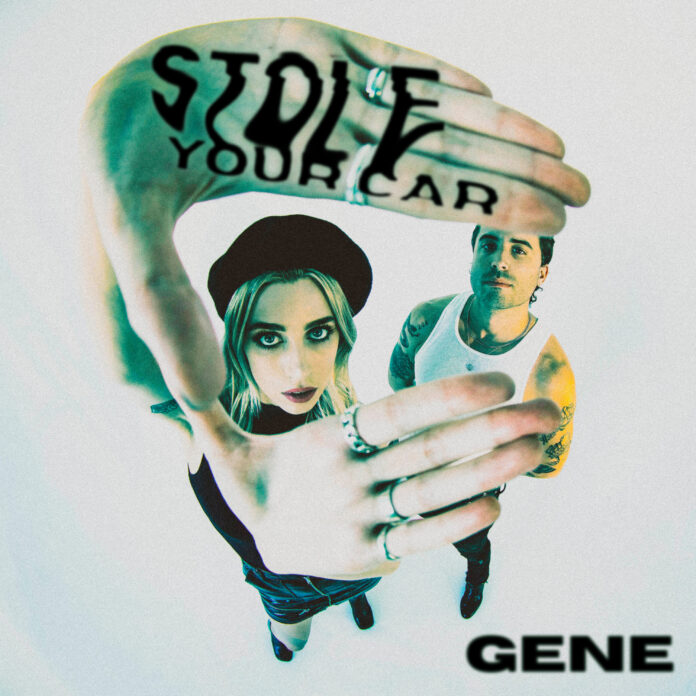 Tuned for the adrenaline junkie, GENE’s “Stole You Car” speeds down every wrong turn. It may not own the car, but it has the keys with a broken heart riding shotgun.

The LA-based duo, made up of Claudia Mills and Harrison Allen, both started in music writing for other artists or playing in different bands, but it isn’t until now that they’re releasing their own. Inspired by the grunge of ‘90s rock and the alternative pulse of the early 2000s, GENE balances the impulsive “no regrets” tagline while passively admitting to the vulnerability of getting hurt.

“I didn’t want to be afraid of confronting raw feelings I’d experienced like heartbreak so I wanted to find a way to emulate that whilst finding and still keeping its power,” explains Claudia Mills on the songwriting process.

Unapologetic and unforgiving, “Stole Your Car” drives like it has no rearview mirrors and a lead foot. While it feels vengeful and daring, it also is somewhat restorative, like someone put power back into this almighty joyride. Listen to “Stole Your Car” below and stay tuned for more from GENE.

Georgee is an artist who not many people know about now, but by the end of this week, I predict that will...
Read more
Rising Release