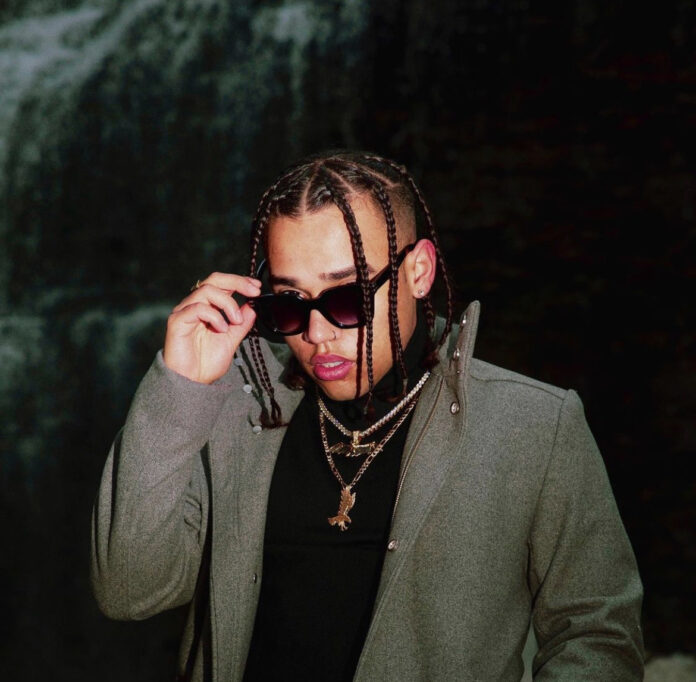 It’s 2009, I hop in the car followed by my mom and two sisters. My mom turns on the radio and the sweet sounds of “Bleeding Love” by Leona Lewis comes on. I stare out the window as I go through the memories of my 8-year-old break ups. Fast forward, TikTok is taking over the music industry and Ontario based Dom Vallie finds a way to hack the minds of his fans with his (I’m calling it now) hit single “Bleeding Luv”.

With almost 100k loyal fans on TikTok, Dom has been able to use his killer image and catchy hooks to consistently build traction for new music like “Bleeding Luv”. In a snippet of the unreleased song, Dom sits in his car singing along to the song with the caption “I just made the next song you[re] gonna scream going 160 at 3am on the highway”. That video amassed over 1.1 Million views in less than a few days. The pre-chorus sample of Leona Lewis’s “Bleeding Love” mixed with the deep UK drill beat, produced by Soldado, falls in unison with Dom’s enthusiastic vocals.

We’re excited to hear what else Dom Vallie has in store for us this year. But for now give him a follow and stream “Bleeding Luv” before your friends do!

Mike McVay
Growing up in a suburb less than an hour outside of Pittsburgh, PA, I've spent plenty of time building and learning about the music industry via the internet. Currently managing a Hip-Hop producer group, Witdaheatgang, based out of Pittsburgh and taking care of marketing/promotions for a handful of great artists. I like to hang out with rappers in my free time when I'm not focusing on my own ridiculous endeavors.
Previous articleJOSH MAISON / SUCKER PUNCH!
Next articleMOSEZ JONES, SAM ÆTHER & KIN / APPLE PIE