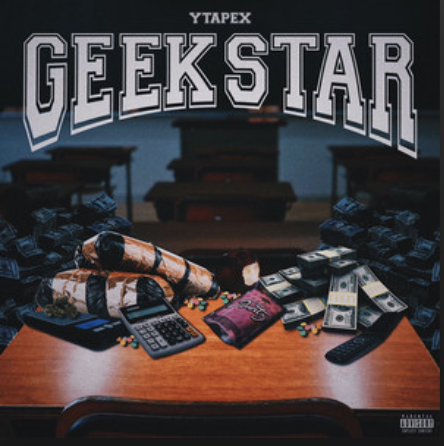 Almost every day I find myself thinking back to the roots of Bay Area hip-hop, wondering if/when a revival will take place.  When will the bay rise back to prominence? When will the next Andre, Mac, or E-40 emerge and breathe new life into one of the most historic and pivotal scenes to ever leave its mark on music?  Aside from artists holding it down like G-Eazy and SOBxRBE, rising talents like YT Apex are starting to create a name for themselves as a part of the next wave of Bay Area talent.

California native YT Apex is redefining hustle and determination in the bay area hip-hop scene.  Growing up constantly moving between LA and the Bay, Apex quickly set the precedent for future trips up and down I-5–which is actually the inspiration for his upcoming project appropriately titled See U On I-5.

Just last week, Apex released his first single of 2021: “Geekstar.”  Blending a downtempo production produced by Ben10k and Apex’s calculated, calm, and collected flows, “Geekstar” is the perfect soundtrack to play at home or on the go, especially if your trip incorporates long distances along I-5.

Apex uses this record as the medium to introduce listeners to his several hustles as he continues to build a name for himself and his artist project.  This track in particular invites listeners to explore a world colored by insomnia, drugs, and exhausted focus while traveling between LA and The Bay.  A true one-man-army, YT Apex pushes himself to the brink on this record and it shows.  From top to bottom, this impressive offering is the perfect way to open up the year and formally introduce hip-hop fans to the world that is YT Apex.  Keep tabs on this rising artist as this is just the beginning of his breakout year.