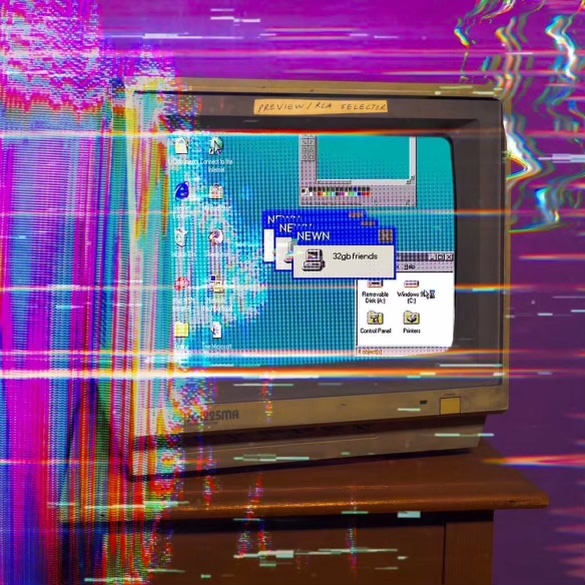 One night, I was scrolling through TikTok and stumbled upon a band called NEWN. They were promoting their new single, 32gb friends. NEWN creates music unlike anything I have ever heard. I cannot help but keep their songs on repeat throughout the day.

The band originally formed in high school and over time has turned into the NEWN we know today. While some members are pursuing college degrees and others are working full time, they always make time for what they are truly passionate about–music. NEWN is based out of Los Angeles, the perfect place to find constant inspiration and creativity for their sound and the future of their music.

Their newest single, “32gb Friends,” is one of my favorites at the moment. Band member, Eric Ortiz, started writing the song right after their first single “Frank Ocean” but decided to put it on the back burner for about six months. With the idea lingering in the back of his mind for quite some time, Ortiz went back to the drawing board and ended up rewriting the whole song in about 15 minutes. As it released at the beginning of 2021, NEWN believed it was the perfect time for the song to make its debut. “32gb Friends” is about communicating through screens and creating connections and relationships over the phone. This is more prevalent than ever right now as the pandemic continues. “32gb Friends” was absolutely made for dancing and lifting low spirits through these weird times, and the song does just that.

There are plenty of ideas & projects in the works for the future of NEWN. With the uncertainty of live shows coming back, the band is focusing on growing its social media presence and connecting with fans. As for their sound, they have been inspired by the RnB and Rock scenes lately and want to move forward challenging those elements in their next projects.

There is so much to come for NEWN. In the meantime, stream “32gb Friends.”