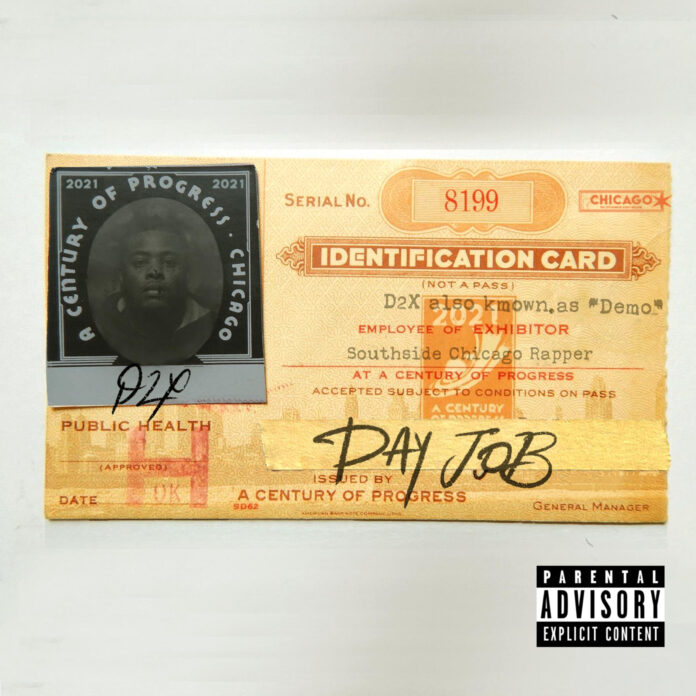 I think many people can relate to the drudgery of working a 9-5 job while having bigger and better dreams for their future. Sometimes we must persevere through trying times in order to get to the next bigger and better place in our lives. In his newest song “Day Job”, Chicago rapper D2x speaks to the difficulties of balancing his responsibilities while chasing his musical dreams and goals.

D2x wrote “Day Job” back in the summer of 2020 and it helped him to overcome a difficult writer’s block. After graduating college this last year, D2x was in the transitioning from dealing with the responsibilities of being a student to learning the responsibilities of being an adult. He speaks to the realities of the pressures of advancing his career while also taking the necessary steps to provide for himself and his family.

On the track, D2x showcases meaningful bars reflecting on maturing into an adult and growing to understand the patience necessary to grow as an artist in the music industry. He demonstrates smooth rhyme scheme and a stellar ability to weave relevant messages into his raps. The soulful track was produced by talented producers DJ Pain1 and Xay Scott. The beat consists of jazzy Neo-soul piano chords, a groovy bass-line and swinging drums that flawlessly mold with D2x’s superb flows.

A native of the South Suburbs in Chicago, D2x hasn’t always had a vision of pursuing a music career. For most of high school he was an athlete and almost pursued a basketball scholarship in college but ultimately pursued a major in journalism minor in music business at Western Illinois University. He didn’t have many creative outlets growing up so he decided to get into making music because it was a way to express himself and his story. He creates a variety of styles of music within Hip Hop from Trap, Boom Bap, to Alternative Rap. Personally, he describes his style as introspective rap and takes inspiration from similar artists such as Meek Mill, Kendrick Lamar and J Cole.

At only 22 years old , D2x has a bright future ahead. Be sure to check “Day Job” out on Spotify and follow him on Instagram @d2x__

I’ve definitely been diving deep into artists who strive to blur the lines between different genres recently.  I think my initial attraction...
Read more
ReviewsSongs