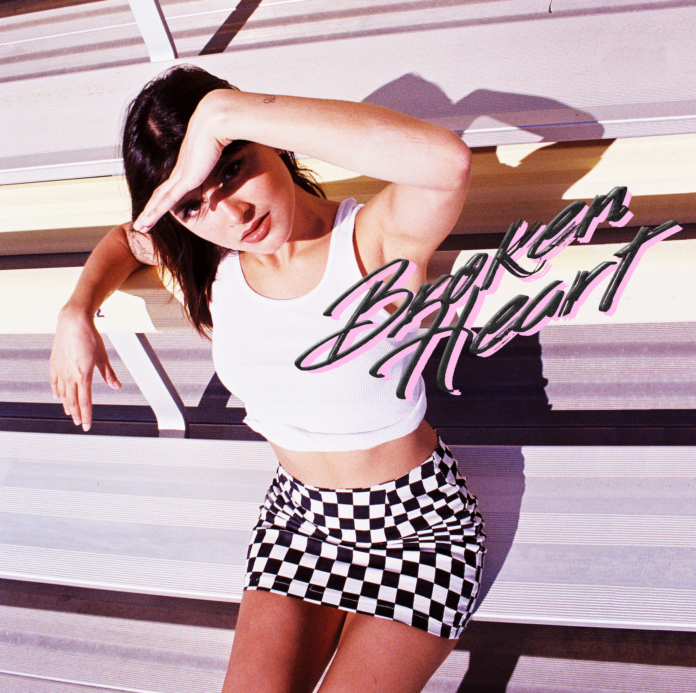 “Imagine a 3-year-old Hyra belting Linkin Park and Britney Spears in made-up English somewhere in Nicaragua.” In the words of a 23-year-old, soon-to-be pop sensation, HYRA, this is where her love story with music began. Today, after some self-discovery and experimenting with various sounds, HYRA brings us her lead single, “Broken Heart,” from her forthcoming EP.

I became instantly obsessed with HYRA when I discovered her song “Sad Lullaby.” From Nicaragua but raised in Miami, HYRA states that she’s heavily motivated by the stories of those who, like herself, immigrated to the US searching to achieve their dreams. Inspired by pop legends like Lady Gaga, Gwen Stefani, and Marina, Hyra knew from a very young age she wanted to make pop music. When describing the effect she wants her music to have on people Hyra said, “I make music for those who look at the mirror and see a music video in the making.”

Teaming up with Aussie producer, Mastrada, Hyra shares her first track of 2021, “Broken Heart.” The upbeat, disco-like pop track with dynamic shifts was able to garner the attention of Zane Lowe even before being released on TikTok. The story behind the lyrics is of someone having broken a heart and experiencing immediate remorse. Hyra expressed that she and her producer wanted to, “create a sound that blended analog and electronic instrumental elements.”

To say that I was eagerly waiting for “Broken Heart” to be released is an understatement. “Broken Heart” is an incredibly unique track that makes me want to sing into the void and dance.  Hyra is currently working on her upcoming EP, “Bad Bad Place,” and hopes to share more with fans sonically and visually! You can go ahead and listen to “Broken Heart” down below and make sure to follow Hyra on IG🙂

Barely legal are so cool. They’re outta Tampa, Florida which I’ve found to be a hotspot for not only great but innovative...
Read more
Rising Release