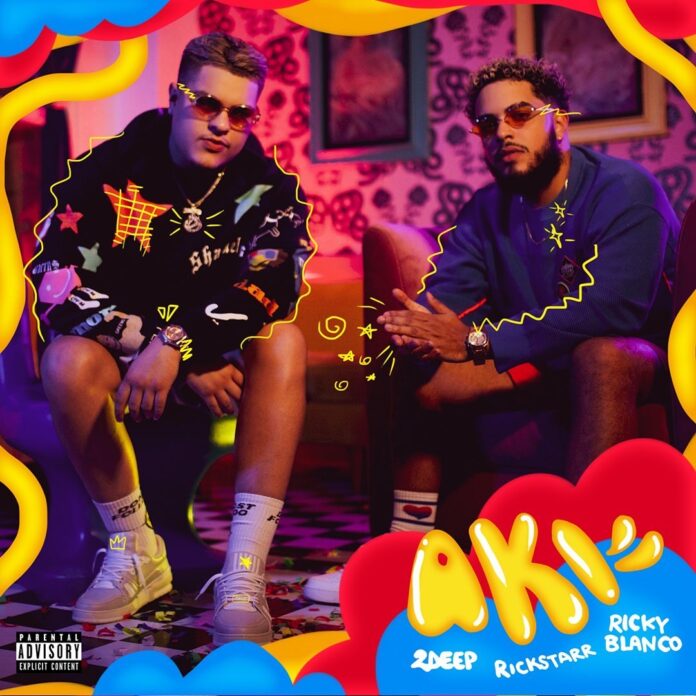 Reggaeton is experiencing a popularity resurgence across the world since its first rise in the early millennium. For those who aren’t familiar with Reggaeton, it’s a music style originating in Panama that began to gain traction when reaching the streets of Puerto Rico. The genre is influenced by the rhythmic essence of Dancehall, Reggae, and Hip Hop. With the rise of artists like Daddy Yankee, Bad Bunny, and others, we’ve seen an intersection between the English and Spanish music communities like never before. Today, Los Angeles-based Luis Cardenas, also known as 2DEEP, begins to make a name for himself in the Reggaeton scene with his debut single, “AKI.”

The 27-year-old producer hailing from the Bronx got into music 10 years ago when he began producing Moombahton, the blending of Reggaeton and Dutch House. Joining forces with Ricky Blanco and Rickstarr, 2DEEP’s “AKI,” is a must-listen for those who want nothing but a good time. The track begins with a danceable beat, flute sounds, and drums. As the song progresses, we hear Rickstarr’s incredible flow. With lyrics like “yo no quiero agua, yo quiero tequila,” 2DEEP and Rickstarr create a party anthem you’re sure to hear and sing when nightlife makes its long-awaited return.

Taking inspiration from artists like The Neptune’s, Major Lazer, and DJ Playero, 2DEEP hopes to keep making music that is innovative and fun. Aside from growing his catalog, 2DEEP hopes to help up-and-coming local and international artists succeed in the music scene. You can listen to 2DEEP’s “AKI” down below!

As I write more and more articles about the music that I love, I’m starting to realize that every artist’s journey is...
Read more
ReviewsSongs