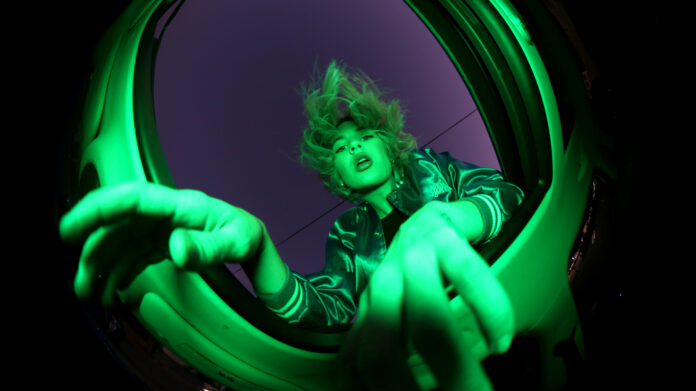 Dava is undoubtedly one of the most diverse artists I’ve come across this past year. Since hearing her hit single ASOS, I instantly fell in love with everything about her music. Everything from Dava’s vocal complexion, to the way she orchestrates her songs, is nothing less than brilliant. In her latest track entitled “New Ceilings”, Dava embraces us with her signature flow and a crescendo of tones that surrounds us while we dive deeper and deeper into the song. She’s acquired a skill to appeal to a large audience while staying unique and authentic, and that being said, she’s proved herself as more than just a musician, but an extremely promising artist.

We’ve heard her music. We’ve stalked her socials. But, how can we truly become the Dava stans we long to be without actually knowing this Oklahoma native? Currently based in Los Angeles, Dava’s road to music was a long haul. We caught up with her and dug a little more into the world of Dava.

When did you start making music? What was your initial inspiration and what inspires you today?

I remember playing Elvis on guitar in local bars and coffee shops back in Oklahoma. I really loved folky romantic music when I was a kid. We didn’t have cable in my early childhood, we had this thing called Sky Angel and it was only religious television networks. When we got cable MTV became my religion and that’s where everything else came in. I was obsessed with everyone from Chemical Romance to Rihanna. Being exposed to television and music consumption later on in those formative years, is what made me a total psychopath for music. I’m still inspired by that time period.

What is “New Ceilings” about? How did it come to be?

I had a really bad morning. Moving to Los Angeles was tough. I moved my grandmother here along with my boyfriend. I’ve been taking care of her for years and my boyfriend was always so helpful and understanding of our situation and wanted to help. We felt like things were starting to move with my music and moving here could bring new opportunities. I got a side hustle driving Uber and put myself in every studio session that I could. Record labels were getting curious about what was next and one of them was setting me up with sessions. On my way to this session in particular, my phone got shut off. I was super bummed out – it felt like another reminder of being stuck inside the struggle. I desperately wanted out of my reality, I want my family to not have to worry anymore about the little things. I finally found the spot for the session and the producer asked me what I wanted to write about. I told him about this endless pursuit and we decided to write about it. New Ceilings is about chasing what you want, and not changing who you are in the process.

What do you do musically?

I play a little guitar and I sing. I’m also very good at hovering over the producers and asking too many questions.

What is your mantra? What guides you?

Think tall. Just got it tattooed actually, so it’s official. Just a reminder to be positive and aim for things that feel out of reach. Thoughts become things and I really believe in manifesting what you want for your life.

Don’t miss a beat of what Dava has to offer. Just being her first release of 2021, it’s safe to say we won’t be disappointed moving forward. This growing star is only in the early stages of what will be an incredible career ahead, and I’m beyond stoked to continue to cover every step of the way.

Check out the official music for “New Ceilings” below!

If you don’t recognize today’s early riser for his signature pink hair or his amazing TikToks, let me introduce you to none...
Read more
ReviewsQ&ASongs