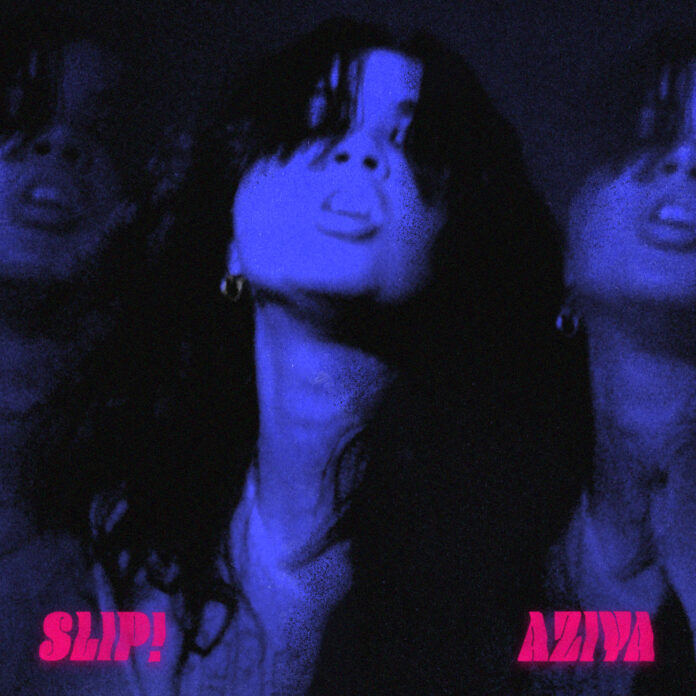 Aziya picked rock and roll up, dusted it off, and spiked it with energy. In a time when the rock narrative feels like it has been lost, Aziya’s debut “Slip!” is a breath of fresh air and a nod to female rockers both past and present.

The 21 year-old from East London leads with an edgy elegance in her debut single and music video directed by Libby Burke Wilde. Growing up in a house with the electric sounds of Jimi Hendrix, Patti Smith, and System of a Down reverberating off the walls, Aziya’s ability to create music just as emotionally compelling is undeniable.

In the video, strobe lights flash vigorously and dark hallways frame the confident Aziya with her electric guitar. Quick with intensity and restless with emotion, the video mirrors this exciting yet fleeting moment of infatuation in the song. It revels in the angst of losing control, all while playing into the multitalented powerhouse that is Aziya.

“‘Slip!’ is about becoming infatuated with someone in a single moment but once the moment is gone, you question why that person had such a hold on you. It is a warning to remind you to be careful of your emotions because you might fall for someone that’s not worth the energy,” explains Aziya.

It is that moment when we mistake our hard fall in love for our loose grip on reality. We wrestle with the inner conflict, attempting to reconcile any notion that made us feel weak. Measuring emotions in the absolute and becoming too invested ring deep throughout the song alongside its epic moments of heavy guitar and powerful vocals.

Listen to “Slip!” and watch the incredible music video below.

Barely legal are so cool. They’re outta Tampa, Florida which I’ve found to be a hotspot for not only great but innovative...
Read more
ReviewsVideos