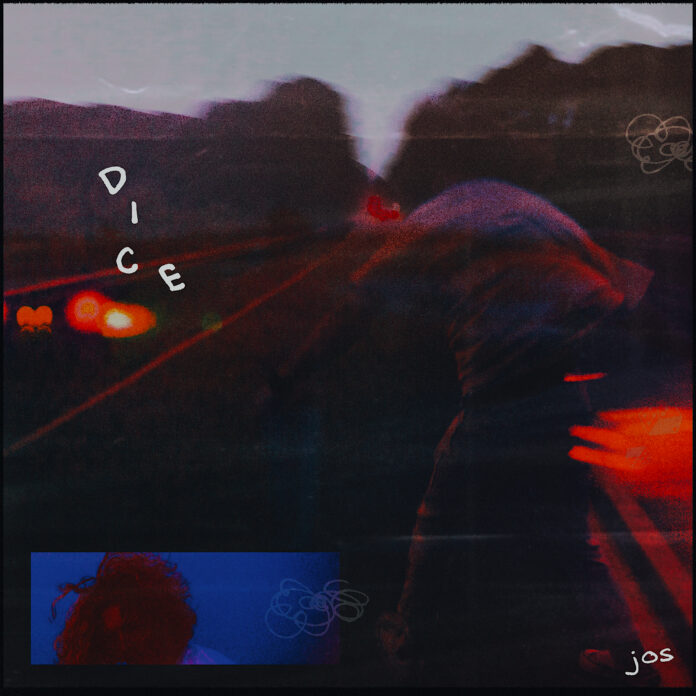 Reflecting on the past year, nickname jos’s “dice” feels like it is in the right place at the right time. Where many of us are using March 2020 as a reference point to how much we’ve grown, “dice” communicates a whole year of ups, downs, grief, and joy. It tells us that there is a bigger picture to see; this is life and it’s a constant dice roll.

The 20 year-old artist is originally from Richmond, Virginia but now lives in Nashville. When he was four years old, he started learning piano and discovered his passion for music performance when he was in kindergarten. Inspired by the evolving craft of indie pop and alternative, Jos finds the careful balance between influence and staying authentic.

“I wrote it in March of 2020, at a season in my life where I didn’t feel any sort of overwhelming confidence or direction. I was back and forth frequently between Nashville and Richmond and everything was blending together,” explains Jos on the meaning of the song.

It moves in the playful melodies of indie pop, but lyrically leans into the rollercoaster of emotions that many have felt in the past year. Living in a season of reflection, nickname jos’s “dice” listens, emphasizes, and comforts.

Stay tuned for more from nickname jos and listen to “dice” below.