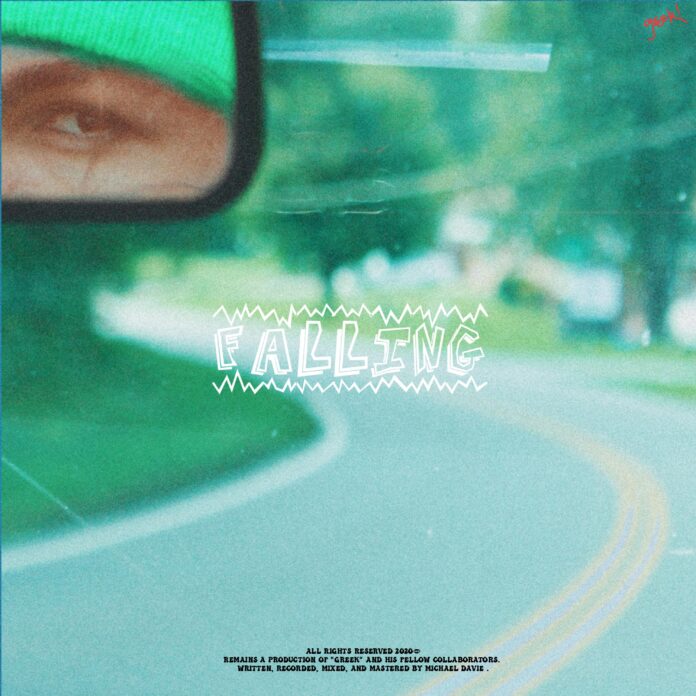 greek’s latest release “falling” enjoys the giddiness of new feelings from a safe distance. Excited by the idea but never acting on it, it is an opportunity missed with timing to blame.

Greek, the brainpower of Michael Davie, is a 19 year-old artist who currently lives in Virginia. He had several friends already making music when he decided to finally make his own when he was 16 years old. Initially just tapping into a creative outlet, greek grew into his own sound and songwriting. Seasoned with a sense of maturity, his latest single “falling” shares a perspective of love from a mind infatuated.

“I wrote it in the view of a relationship rather than the legitimate idea for sake of people being able to put themselves in the song’s shoes. It’s basically about a blossoming mutual relationship being ignored for sake of personal growth,” says Davie on the writing process.

The melody sways and swoons, falling into an atmosphere where two people feel a connection that never quite materializes to any spoken words. It is a space for the feelings whose terminal address is a passing thought. A world where their existence never expands into the complex lives of its owners. Romantic and heartfelt, “falling” is the common ground between two people but no one will break first. Undefined but sincere, it is stuck in the gray area of what it could be.

Listen to the amazing new single “falling” below and stay tuned for more from greek.