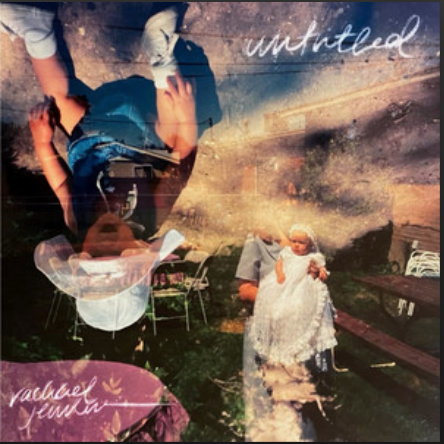 With the growing abundance of social media platforms, we are subject to new and previously unfamiliar ways of discovering talented people simply by using our finger tips to swipe and scroll through social media. Popular social media apps such as TikTok have an algorithm that makes it easy to find talented and captivating content creators regardless the size of their following.

For singer and songwriter, Rachael Jenkins, TikTok became a key tool in achieving the recognition she deserved to help forge a path in creating not only a significant presence on social media, but also stepping her foot into the music industry. With the release of her debut song “Untitled”, she makes the jump from being not only a successful content creator on social media but also the talented streaming artist she has the potential to become.

“Untitled” is an song about Rachael’s journey in leaving the Mormon church and how it affected her development as a young woman. The track speaks to the feeling of growing up and realizing the harsh realities of the world. As a member of the LGBTQ+ community she was closeted in her teen years because her faith didn’t support LGBTQ+ people. It wasn’t until she was able to leave the church that she came out and realized how stifled she had been in her younger years.

The song features Rachael’s enchanting vocals glimmering over a beautiful acoustic guitar. She showcases extraordinary vocal control and tone, angelic harmonies, and stunning vibratos. In her own words, “This song explores how it feels to come to terms with a faith crisis and the anger and resentment I still feel to this day. This song means the world to me and although I am nervous to see how some of my family react, I’m happy that I’ve found a way to express the harm this religion caused for me and many others.”

During this past summer, she began posting TikToks, until one video back in November went pretty viral. She continued to post originals and song covers to keep the momentum moving and soon after, small labels began reaching out. She ultimately signed with Tom Rosenthal’s new label as his first artist.

Irish singer, songwriter, producer, and multi-instrumentalist Cian Ducrot has been taking over the world with his fragile, heart-wrenching ballad, "I'll Be Waiting."...
Read more
Rising ReleaseReviewsSongs