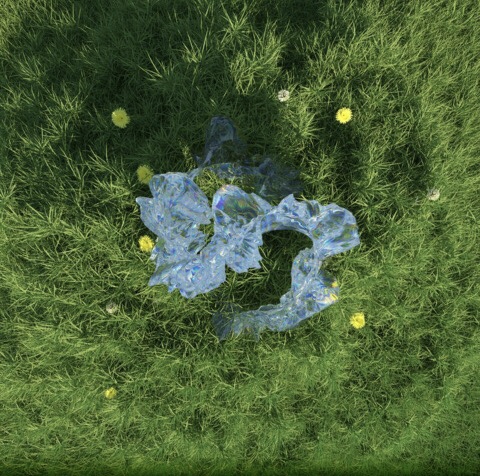 Digicore, hyperpop, glitchcore, whatever name the scene has picked up in recent weeks doesn’t change the fact that the budding genre continues to bring forward the industry’s most exciting new acts. The latest record to blow me away is delivered from Indiana-native,  midwxst. The talented 17-year-old’s newest EP, SUMMER03, is a 7-track and 13-minute long project that absolutely shines for its entire duration. The EP highlights the more gritty efforts of the budding digicore scene and features promising vocal performances, always exciting production, and much appreciated heart-on-the-sleeve songwriting.

A few of the highlights on the EP are, “Trying,” “Vivid,” “Smile,” and “Final Breath.” The track, “Trying” begins with a modest bassline that eventually cascades into a glitchcore masterpiece. WIth video-game boss battle bass sounds and a swaying guitar melody, this track is the peak of the controlled chaos of the genre’s sound. Alongside the exciting production is the all the more vocal performance from midwxst. The range in dynamics on the vocals is masterful and keeps the track exciting from the more calm moments of the first verse to the impassioned flows on the first chorus right back into the subdued second verse. There is a truly hypnotic element that arises from the pure grit of the vocal takes, which I believe proves to be the main appeal of this record.

On the track “Vivid,” the lead guitar melody features the sounds of midwest-emo which perfectly highlights the far-reaching elements of the glitchcore sound. On the track, midwxst flexes some of his best lines of the record, also reflective of the emo and punk roots that keep finding their way into the movement. The bridge on this record is vastly enjoyable, as the production strips away the drums in favor of the two-track approach of guitar melody and vocals it is a moment to let midwxst shine. The writing here highlights some great one-liners from, “The only time I want you near me is when I’m in my hearse” and “And I know God says forgive, but I’m too far gone.”

Moving to the latter-half of the record, midwxst welcomes in fellow glitchcore star, Glaive. The two teens combine for an electric performance with more interesting percussion, a killer guitar melody once again reminiscent of math-rock and emo, and entrancing vocal performances. The second half of Glaive’s verse features his now indistinguishable harmonies that perfectly feed into the powerful and energy-filled last chorus take from midwxst.  The record closes out with “Final Breathe” which has all the elements of an electric close-out track. The bridge on this cut is once again amazing, with growing chorus-like harmonies in the background, insane keys, and amazing vocals. The record is another start-to-finish banger, the arrangement allows each section to continuously compound on the last, eventually leading the EP’s explosive finish.
Midwxst’s showing on this record is reflective of a new-age prodigy. Each of the 7 tracks on the project is unique and exciting in its own right and together they highlight the future of pop music from one of its leading pioneers. Get deeper into the digicore, glitchcore, whatever-core sound because it is growing each day, tune into SUMMER03 down below.