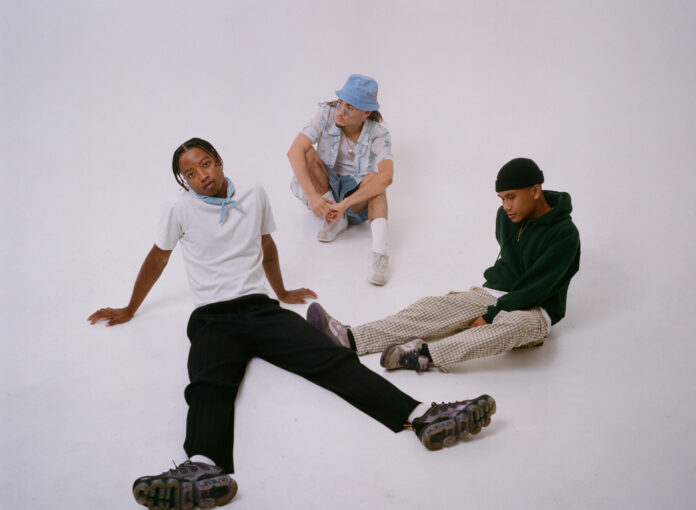 For those not in the know, CMMND is an LA-based collective that consists of artists okay coleman!, sleepyboybryan, and Seji Oda. The group’s mission is to blur the lines between different artistic mediums like fashion and music and promote everyone’s inner creativity through passion.

I came across the group while searching for new talent on Spotify in the form of okay coleman’s “SLIDE” and sleepyboybryan’s “Hello!”. Both of these songs feature an authentic West Coast bounce- something that I have been very fond of ever since I made the move to LA in 2017, with artists like YG and Shoreline Mafia filling my music playlists. However, unlike their harder-hitting contemporaries, these artists have a unique take on this classic West Coast vibe. CMMND’s music has a lo-fi feel and atmosphere, something that is fresh and new to the California rap scene.

I was lucky enough to give a listen to their new EP CMMND 2 early, and let me tell you, it is excellent. It evokes nostalgia in all the right ways- the production is ethereal, and the harmonizing done on almost every song on the six-track project is effortless and pleasing to the ears. Karl Perkins, the creative director for the group, says that the EP “feels like carefree times blasting music out of your friend’s car”, and I would agree with him. One of the standout tracks, “Slippin’”, features a conversation between a female and male vocalist and embodies “carefree times” as the project’s main theme. The track is laid back, and I could imagine myself blasting it riding down Sunset with the top down, or stuck on the freeway in LA traffic. In addition, the opening track, “Fresh Fruit” demonstrates a more synth-heavy production coupled with that classic ‘bay bounce’ that we all know and love.

If you are looking for a soundtrack to your LA commute, I would recommend CMMND’s new EP. CMMND as a collective is very promising, and their latest project will not disappoint. Join the wave before it’s too late!

If you're on the hunt for a new artist to indulge in, look no further. Blackpool, UK native, Nathan Day is here...
Read more
ReviewsProjects