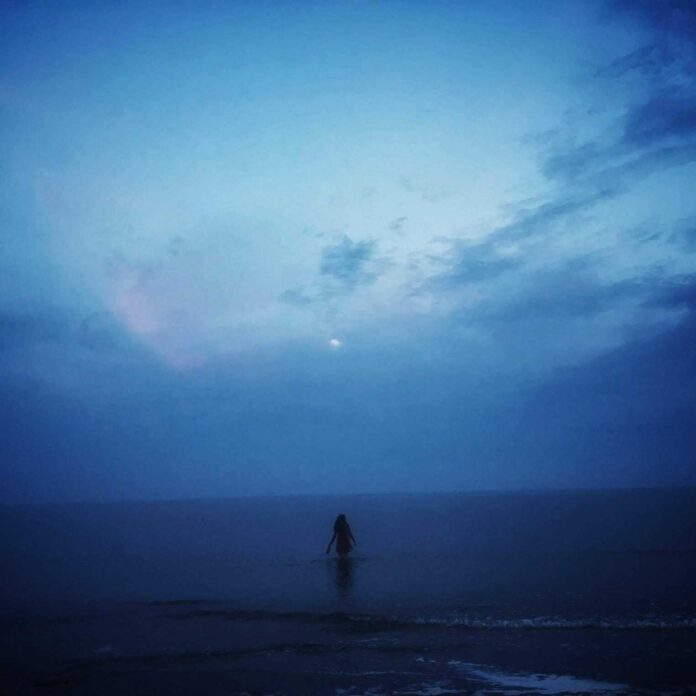 The new single from Koyal is for all those distanced lovers out there. All you want to do is to reach out and hold them, but the space and time between the two of you feel like it could fill canyons and galaxies. In 3:22, the band builds a whole world out of a song born out of distance itself. Much of the song’s elements can be found on the band’s debut EP Rooftop Hues, and yet the vocal runs and the room those same vocals have to breathe in the mix courtesy of Nathaniel Pittman and Damon Moon of Standard Electric Recorders Co.’s mastering make this first single from the band’s upcoming album Mountain City a Koyal discography highlight. There’s even a Daft Punk, robotic-esque backing vocal track underneath the humanity of the lead singer’s belted perspective. The way the line “But now I’m sitting through the long afternoons” delivers emotion, closure, and triumph all in one brings to mind a summer breeze as the sunset through the door to the patio that’s been slightly opened. But by the time the song ends, the pining’s been shelved in favor of surrender: “Haunt me / Yeah, you do.”

“This song just came instantly to me. The lyrics were inviting me on this journey, and I heard the track immediately. I wanted to capture the pensiveness that one might feel on a train or a plane. It’s a very reflective state to be in. And then we made it dancey with Nate, our producer,” one band member offered.

“I wrote the melody for “Indigo Motel” the day before the world shut down! I was leaving on a Spring Break yoga trip to Rishikesh, India, and I made it onto my connecting flight just a minute before the gates closed. As I sat down, still in a frenzy from all the running, I got a call saying that the borders were closing. I jumped from my seat, and begged the pilot to let me get off the plane since we hadn’t started moving, but it wasn’t allowed once the gates closed. In that whirlwind of emotion, not knowing when I would return home, the security of my immediate future, and deeply missing the people that I loved, the melody came to me fully formed. The lyrics were written while I was stranded in Room 109 in Rishikesh, a beautiful little town at the foothills of the Himalayas. I feel the song has many dualities, urgency and contemplation, love and obsession, distance and connection, resistance and acceptance. It was through the kindness of the hotel’s owners that we could stay for a month for free until we were rescued by the embassy. For a couple hours when the hotels were initially shutting down, I found a bush by the river and seriously thought it would have to be my shelter. We weren’t allowed to leave the hotel, but of course we would sneak out in the early morning for a swim. I spent most of my time reading and staring out the window at the Himalayas. It was so close, but I still couldn’t reach it, and that’s the song itself,” Koyal’s lead singer explains.