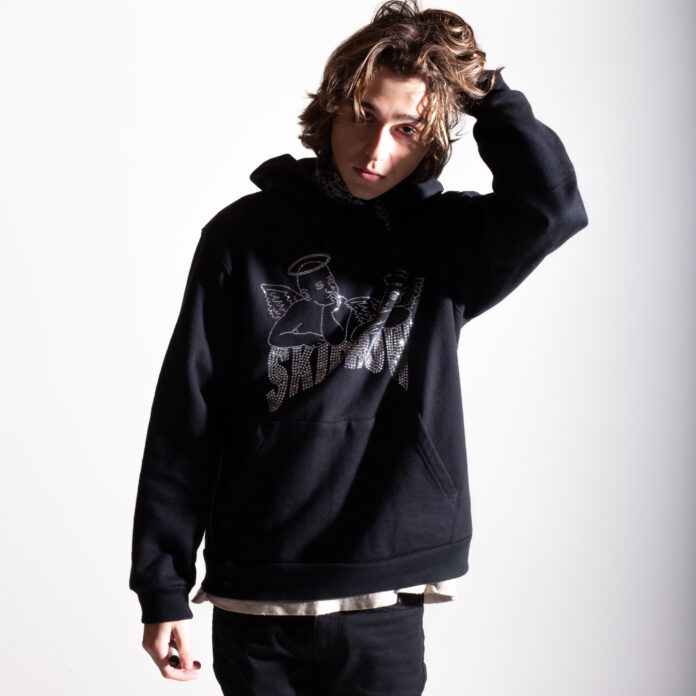 The 18-year-young Los Angeles native caught my ear the other day and I was instantly taken by surprise. LAKE! is a genre mending artist delivering huge potential as an artist and songwriter. Between his catchy hooks and all around branding, it’s safe to say that he’s creating a path that can be built on.

After seeing some success off of his debut single “Dead Roses”, which caught the attention of some major publications. Now LAKE! is back with a strong follow up single that’s bound to leave you craving more. “Better Off Alone” is another testament to his true artistry. LAKE!’s ability to freestyle every one of his songs showcases his genuine emotions and feels poured into every line he spits. In “Better Off Alone”, every word is a reflection of his despondency. He tells the story of his own experience living through a toxic relationship that ultimately led to his desire for solitude.

The track was created from what I was feeling in the moment because I freestyle every one of my songs. This song is about a toxic relationship and one of the partners in the relationship feeling Better Off Alone. I wanted people to feel confident and also bring a positive energy for when people listen to the song.

Directed by Aser Santos Jr., the official music video to “Better Off Alone” is really what drew me in most. It’s a selling point for the song. I’m personally opposed to music within this genre, but having been able to see the team successfully illustrate LAKE!’s brand into two and a half minutes, it was the cherry on top. Without a doubt, the young LA-native has a long way to go in development, but the potential for growth is everlasting. This just being his second release, I’m excited to see how his music progresses and evolves.

If you're on the hunt for a new artist to indulge in, look no further. Blackpool, UK native, Nathan Day is here...
Read more
ReviewsSongsVideos