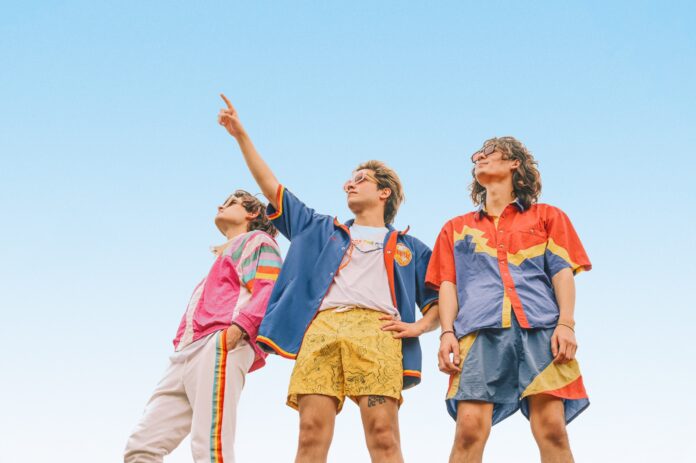 Miami natives, The Polar Boys, have been creating a buzz within music since their 2021 comeback. They kicked off the year with a heavy hitting single “BLACK DOG”, a song influenced by the black lab that has sat through every single demo session they’ve had. The song gave us a taste of what The Polar Boys have in store for us this year. They set the tone with their retro surf rock fusion, an undeniably gratifying sound that is only going to leave you wanting more.

It wasn’t until their latest single “Let Go” where I was truly sold on their vision. The guitar tones, to the orchestration, and straight down to the vocal production, they prove they’re able to recreate a nostalgic 60’s rock sound while continuing an extremely modern and untouched sound. The song is an all around major vibe of a track.

We’re extremely excited to be premiering the first look at The Polar Boy’s brand new music video to “Let Go”. A modern twist on a 70’s influenced video. Brilliant. Intriguing. Colorful. Fun. There are so many one word adjectives I can list out that have me head over heels about their branding, but those are just a few. The band is setting themselves in their own category, and it’s beyond exciting to be witnessing from a consumer’s eye. I believe it’s especially harder for bands to brand themselves more so than individual artists. They’ve honed in on a unique sound to set them apart from a ton of other bands trying to accomplish the same thing. With this video, they’ve taken that extra step to create an image I can’t say I’ve seen any other band perfect, either. The Polar Boys are rapidly becoming one of my favorite indie bands out there, and I can urge you to get on the hype train before it leaves the station.

Check out the official music video to “Let Go” below!

Irish singer, songwriter, producer, and multi-instrumentalist Cian Ducrot has been taking over the world with his fragile, heart-wrenching ballad, "I'll Be Waiting."...
Read more
ReviewsPremieresVideos