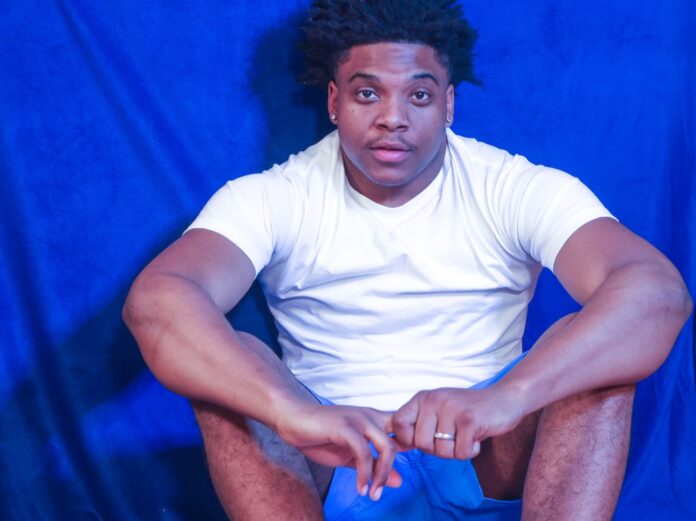 Growing up just outside of Chicago, this Evanston-native hip hop artist has been one of the hardest working independent artists I’ve been fortunate enough to have been watching since his first release. I’m excited to be premiering his first single off of his upcoming project, BLUE CHECK EP. Ladies and germs, it’s with great pleasure to introduce you to KingTrey and his brand new single ROLLING feat. Mick Jenkins.

The story is the definition of “dreams do come true”. With hard work and persistence, Trey hasn’t slept since he picked up a pen and paper. His consistency in building brand, bettering his flow and honing in on his production has proved himself as a notable independent artist. His Chicago flow hits a soft spot in my heart, being a Chicago-native myself. I, myself, leaped with excitement when I saw he was releasing a track with Chicago’s own Mick Jenkins.

“Working with Mick was surreal for me. I’ve been a fan of him since I was like 14. He’s a Chicago legend and it’s crazy to be on a song with someone I look up to so much.”

ROLLING is your classic Chicago hip hop anthem. A song you can spark a joint to and kick it with the homies. Jenkins’ profound vocals accompanied by Trey’s unsullied flow is the perfect combination nobody saw coming. The beat? Simple. Easy as that. The track resembles an old school Mick Jenkins instrumental intertwined with Trey’s own unique vibe. From the soulful organ keys to the yelping adlibs, this song screams Chicago. There’s not much else I can do to convince you to listen to the track. It’s the type of song you need to just throw your headphones on, or blast the speakers in your car on a late night drive, and just get lost in the vibe. Just being the first song off of his upcoming EP, it’s safe to say that I’m excited to see what else the project holds.

About two weeks ago, I was recommended by a fellow writer to check out an artist named GOM that I am excited...
Read more
ReviewsPremieresSongs