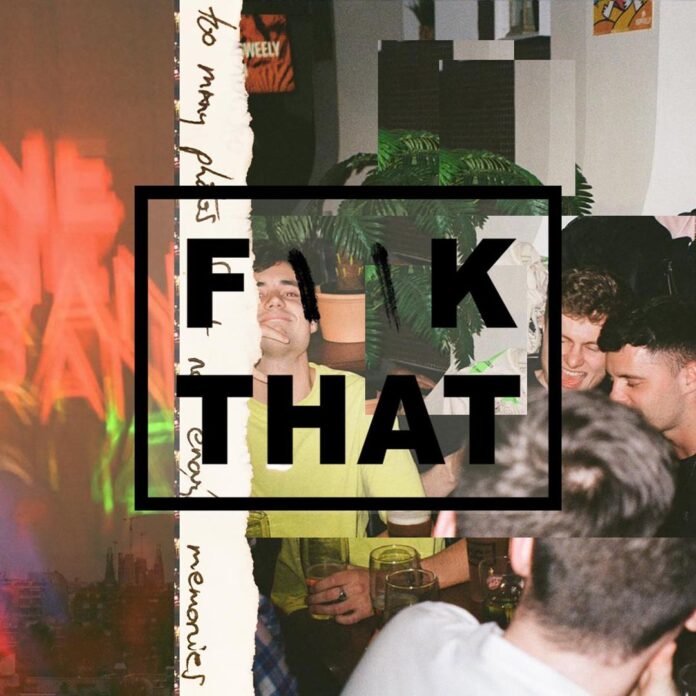 I stumbled upon Just Wondering during the fall of 2020 when I was searching for new artists to obsess over. The incredibly talented Dublin trio, had me hooked within the first 5 seconds of their debut single “Drive” – The track became a staple to my daily hikes. After months of patiently waiting, Just Wondering follows their explosive debut with their new single, “F**k That,” accompanied by an official music video.

Wale Akande, Jack O’Shaughnessy, and Adam Redmon were bonded by their love for music when they decided to form their band. The intentions behind creating for Just Wondering surround chasing emotions and creating good vibes that serve as a representation of their friendship. They have an innate ability to weave between various genres such as electronica and anthemic pop, providing an intimate and soulful vibe to each song they have created.

‘F**ck That’ is the second addition to their catalog and their first release this year. After lockdown restrictions had been lifted in late June of 2020, the band had their first opportunity to get back in the studio and gather with their friends.  The trio says about the song:

“It’s about parties and turning up and being a bit like what’s the story here and seeking out a buzz. The unapologetic ‘Dubliness’ of the lyrics was a bit of a lightbulb moment for us. We never hear phrases or terms we’d use in day-to-day life in music we like, especially not in pop music.”

The official music video for the track perfectly matches the aesthetic the band presents across their social media platforms and the carefree message of the song. I have hopes that once it’s safe to do so, the Dublin trio will make its way to the US for a live show. Just Wondering simply does not miss! You can watch the official music video and listen to ‘F**ck That’ down below 🙂