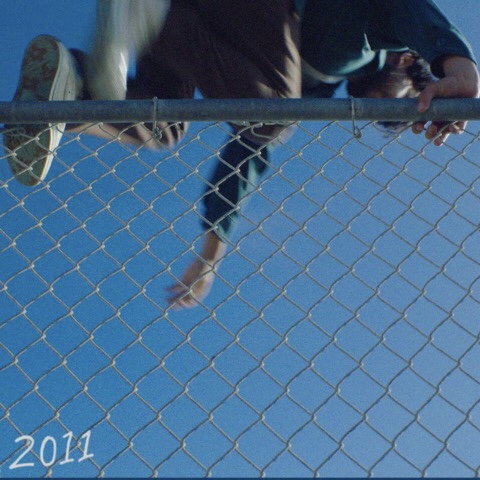 California native, Dre’es, has been crafting compelling tracks full of life, ingenuity, and happiness for the last several years. His records are the ideal balance of joy and reflection as he is capable of pulling together a carefree driving tune or entirely shining on more introspective takes. From the time I heard his 2017 record, “Warm,” I knew that Dre’es was a special talent and it has been a pleasure watching him evolve into a true hip hop savant.

On his latest record, the young star teams up with Kiefer, a fellow rising artist with roots in the Los Angeles independent music scene. With musical roots in jazz, R&B, and hip-hop, Kiefer introduces an eclectic production style that captures a blend of ease and nostalgia. On the duos latest record, “2011,” Kiefer’s instrumental chops and Dre’es’ prowess on the mic combine for a vastly enjoyable release.

The cover art of the record reflects the same melancholic sensation the title and lyric bring to the forefront, this sensation of taking it back to 2011. With an image of a blue sky and someone hopping a chain link fence, you’re immediately sent back into days of careless exploration and clear skies.

As for the record itself, I’m faced with a major conflict between what I love more, the groovy production or the sheer talent Dre’es brings on the vocals. Starting with the production, Kiefer instills a smooth and subtle bassline that is pronounced in the mix, giving the track a throwback vibe and bounce. Further, the track makes use of several different bells and keys, together, the various instruments give the record an extremely full sensation that is both innovative and retro all at once.

For the lyric, Dre’es walks the listener down memory lane and offers a reflection on youth, his beginnings and growth. With several profound one liners I found refuge in lines such as “Your loved ones are your blessings” and “everything that’s wrong, we’re gunna get it right.” The verses reflect on a sensation of longing for simpler times and the more general pleasures of the come-up. From taking in a sunset to the grind of work, Dre’es perfectly matches the energy of the production, welcoming the world into the humble days of 2011.

In its entirety, “2011” is a statement record. With new levels of groove and ease, Dre’es and Kiefer combine to capture more than sound on this record. This track is a window into the past, made just for a sunset drive or simple morning reflections. As I’ve observed for years now, Dre’es is a special talent that continues to get better with each release. When accompanied by musical talents such as Kiefer, few in the industry can match up.