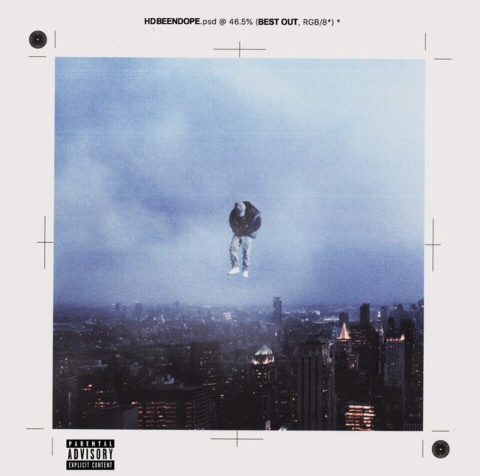 HDBeenDope is an upcoming Brooklyn rapper and producer who has consistently showcased his ability to stand out on the mic. With a unique cadence and distinct lyrical style, the New Yorker has distinguished himself as a talent to make note of. HDBeenDope’s journey has been a consistent grind, the young star has steadily been working on his craft since he was 9 years old. At just 13, the Brooklyn native picked up production and became a master both behind the mic and in the DAW. As an all-around talent, HDBeenDope draws influence from the likes of J. Cole as well as the historically rich New York rap scene.

Most recently, HDBeenDope graces the Early Rising page with one of his most polished and exciting tracks, “Best Out.” The track is a gritty nod to confidence and growth as the New York emcee reflects on his successes and self-confidence in a 2 minute & 40 seconds explosive showing. With significant one-liners, quick internal rhyme patterns, and a pronounced chorus, this track keeps you hooked in from the initial chorus to the final moments.

The chorus captures this essence of faith as HDBeenDope echoes, “You insane, can’t deny me, I’m the best out.” The call and response effect of the ad libbed vocals on the chorus create a hypnotic sensation, introducing a peak moment where you feel the sensations of chip-on-the-shoulder confidence HDBeenDope looks to draw out.

Lyrically, HDBeenDope shines the brightest on the latter half of the second verse. The East Coaster enters an entirely new mode as he speeds up his flow and seemingly hits a new rhyme with each passing word. This new-level moment is highlighted by lines such as “I don’t need suits to tell me I’m gifted” and “if I want it then I did it.” With such a crisp delivery HDBeenDOpe does not allow the speed of his cadence to impact the magnitude of each individual word, his enunciation and energy is truly unmatched.

Along with this absolute highlight of a record, the Brooklyn MC brings forward a visually compelling music video. Led by director Erikson Corniel, this team of talented creatives introduce an ominous world that matches the gritty and dark tones of the production. With tasteful use of blur and moody color grading, we see HDBeenDope zoned in spitting in the backseat or driving through the blurry streets. Personally my favorite moment is an overhead view of HDBeenDope standing on top of trippy greenscreen graphics and spitting his most insane verse in front of ominous eyes. Cinematically, there are several moments worthy of a frame, from dramatic birds eye shots to more nuanced use of color, the video is both engaging and beautiful.

In its entirety, “Best Out” is a well-executed release that highlights the musical and creative prowess behind HDBeenDope. With a clear message of self-confidence and a clear showcase of his ability to spit with anyone out there, this record could be a pivotal moment for the 26-year-old talent. Check out the video at the link below and get into one of the freshest sounds in East Coast hip hop.

About two weeks ago, I was recommended by a fellow writer to check out an artist named GOM that I am excited...
Read more
ReviewsRising ReleaseVideos