Gaff / Friday on a Tuesday 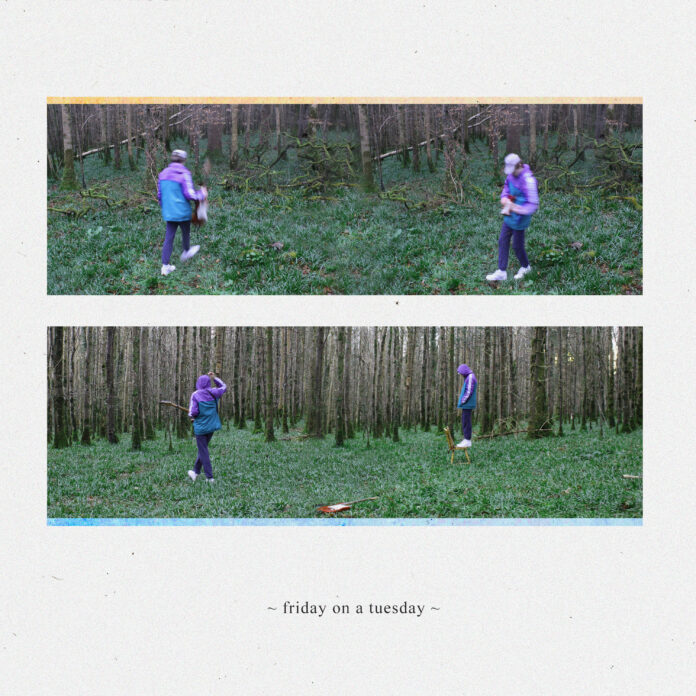 In a day and age where so often specific styles and genres get oversaturated within a matter of months, it is a breath of fresh air to be able to find and latch on to artists that are truly bringing something new to the table. For me, the best part of writing in the underground scene is to have the opportunity to cover artists that are going against the grain and not biting the newest trend or superstar’s style. While having your own unique style certainly is not any easy accomplishment, Ireland’s Gaff has, without exception, one of the most distinct and forward-thinking sounds in the up-and-coming scene at the moment. Over the past two years, Gaff has been meticulously fine-tuning and improving his own sound. Gaff’s artistic vision channels his youthful and rebellious energy and his style lives somewhere between indie, pop, alternative, and hip-hop. Today, I am fortunate enough to have the opportunity to cover the talented 22 year old’s newest smash single, so let’s get into it.

After a very successful release with his previous single, “How It Goes”, which was released back in December, Gaff is back with his first single of 2021, “Friday on a Tuesday”. Released on Tuesday, April 27th, Gaff has surprised us once again with another timeless record that I’ve had on repeat since its drop only a few days ago. A perfect song to play when you’re in a more social setting or hanging out with friends, “Friday on a Tuesday”, is a crowd pleaser that you can rock out to when you’re looking to get loose. Traversing overtop of a smooth guitar rift and drums that he produced himself, Gaff delivers a flawless vocal cut that will be sure to have you and your friends singing along to it.  The uniqueness of Gaff’s style – high powered hip-hop drum production, juxtaposed by light and airy guitar chords, all layered through his baritone vocals – make for the ultimate carefree midweek party anthem.

Although usually in reviews like this I try to leave other artists for comparisons so that readers can get a better idea of what they’re going to be listening to, with Gaff, I don’t really have anyone to bring up, because he’s completely carved out his own lane for himself. This is precisely why I would urge any listener interested to keep an eye out for Gaff. With an EP dropping later this year, “Friday on a Tuesday”, has definitely set the tone for what is to come, so make sure to stay tuned as I predict big things out of Gaff throughout the remainder of 2021 and beyond.