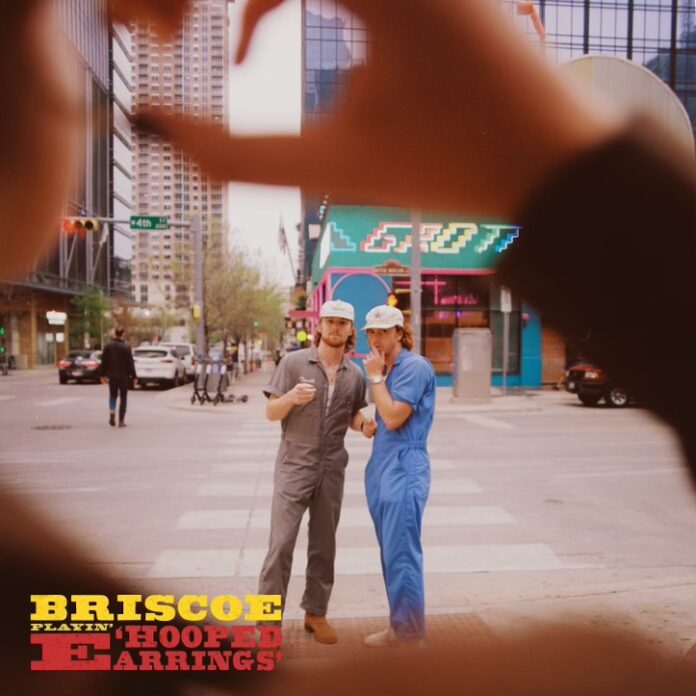 I met the men of Briscoe not too long ago when I got the chance to play alongside them at a battle of the bands concert. When I watched them perform that night, I realized the talent that radiated from them on the stage. Might I mention, they are also the kindest, most encouraging people I have ever met. These guys are the definition of underrated.

Based out of Austin, Texas, and attending the University of Texas, this band refers to themselves as, “two young, ambitious redheads.” Briscoe began as a solo project but quickly formed into the duo we know today with members Philip and Truett at ages 19 and 20. The two of them have curated Briscoe around all kinds of musical influences. They typically do not fall under one specific genre but take from multiple different genres to portray a folk, feel-good sound. That is what makes them so special.

Their newest single, “Hooped Earrings,” was born after a day of recording their album, Flower Johnson. It is a perfect, windows-down, summer single, and you will not be able to get the chorus out of your head. And, of course, you can never go wrong with a saxophone solo from, group member, Philip. So, turn it on, go for a drive, and soak up the sun. It’s good for the soul.

What’s next for the men of Briscoe? There is so much. The duo consistently plays shows in Austin and the surrounding cities of Texas. As for these two young, ambitious redheads, you are going to be hearing and seeing much more from them. I am excited to see where the future takes my dear friends of Briscoe.