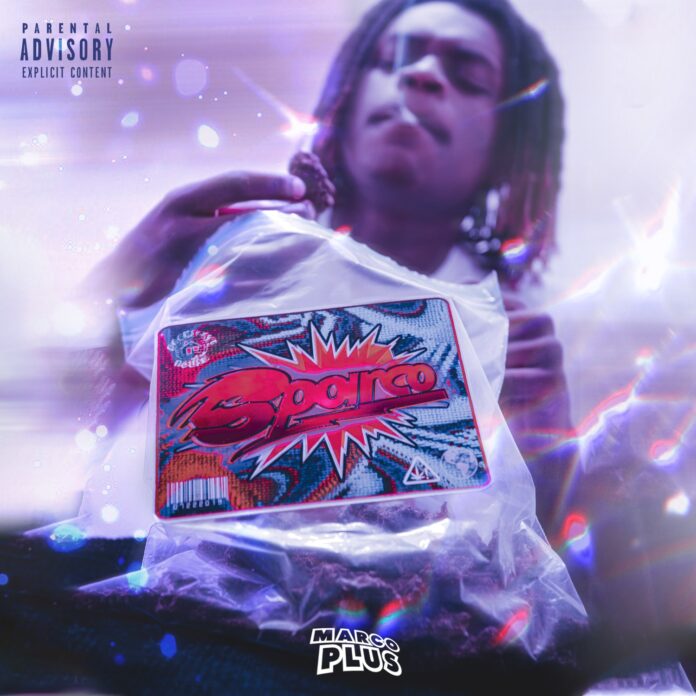 Atlanta is one of of the hottest cities in rap right now. There are loads of talented and unique artist’s aiming to prove that they have what it takes to be the next big name out of ATL. With his newest project “Sparco”, Atlanta rapper Marco Plus is showcasing a diverse sound and style that can be appreciated both inside and out of the Atlanta Hip Hop community.

A 15 track tape that celebrates 4/20 with an assortment of pensive lyrical gems, Sparco showcases Marco’s ability to take on a variety of flows. Transitioning from gritty trap influenced songs like “Donnie Darco” to soulful West Coast-esque tracks like “Paymaster” Marco shows that there is no style or sound that he can’t embody. He can truly do it all demonstrating captivating and catchy hooks as well as elaborate and lyrical flows. SPARCO’s incisive versatility makes the young emcee’s second project of the year one to remember.

At only 23 year’s old Marco Plus is just getting his foot in the door to the music industry. Having only begun releasing music professionally at the beginning of 2020, Marco proves that even with all the talent he holds now he still has more room to grow and progress over time. With other notable projects such as Plus 2 and Northern Lights, you can see just how quickly the young rapper is leveling up only over the course of this last year.

I have great confidence in saying this multi-talented emcee has the potential to become a well recognized rapper in the music industry. You can listen to “Sparco” on streaming services now and check out the music video for “Paymaster” on Youtube.

In a beaming array of pop, rock, and electric-infused melodies, Dylan reintroduces her style with her latest release, "You're Not Harry Styles."...
Read more
ReviewsProjectsRising Release