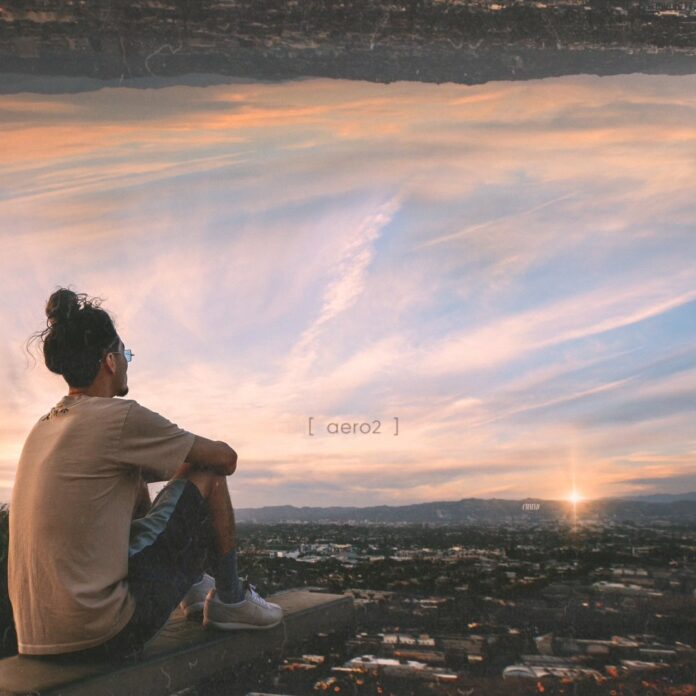 Last week, I got the chance to talk with an artist I’ve been following for some time now—Seiji Oda. Ever since hearing “Trapanese,” a Bay Area anthem the burgeoning creative produced during the height of the SoundCloud era, I’ve been patiently watching Oda develop and grow into his own skin as an artist.  In our conversation, we talked about everything you could possibly think of, his most recent release, “aero2,” and a whole lot more… check out some of the highlights below!

Born into a Japanese, Irish, and Panamanian family, Seiji grew up in a very traditional household in Oakland, California.  Raised on his parents’ tastes—classical and salsa—Oda didn’t find his connection with music until he hit middle school, when he was first introduced to Hip-Hop.  From that point forward, it was game over.  Oda started freestyling with his friends at the lunch table and producing on free recording softwares as he started to spiral into a life filled with music, creatives, and an overpowering desire to represent the place that taught him everything he knows—the Bay Area.

Coming up while regional powerhouses like IAMSU and the HBK Gang reigned supreme, Oda became infatuated with the hyphy movement and everything that the Bay Area was doing differently within the Hip-Hop scene.

During high school, Oda and close collaborator 247Zé discovered their revamped sound while joining the ranks in the SoundCloud rap scene.  The two creatives began making music that incorporated singing, spitting, catchy melodies, and hard-hitting verses that branched out from everything going on at the time while still hanging on to a little bit of that Bay Area flare.  Later on, while Oda was in college, he and his little brother, who was in high school at the time, produced, wrote, and recorded “Trapanese.”  What started as a catchy beat and another day recording in the backseat of a car turned into an anthem that went on to influence an entire generation and reinvigorate a Hip-Hop scene scrambling to find its next shining star.

While in college, after a series of traumatic events, Oda fled to Chile to participate in a college study abroad program.  As he adjusted to a life in the Southern Hemisphere, he continued producing, experimenting with new styles, tastes, and he even adopted a new mentality when approaching his music—taking Bay roots as the base and combining them with whatever he’s into at that particular moment.

The first manifestation of this new mentality came in the form of “aero” a song Oda wrote, produced, and recorded during his time in Chile.  Written about a hellish experience buying a bike and then having to ride it over thirty miles home, “aero” touches on the good, the bad, and all of the silver linings that come along the way.

Once Oda dropped “aero,” the endorphins kicked in as the burgeoning artist/producer/songwriter embarked on a multitude of quarantine A/B projects culminating in his most recent release, “aero2.”  This single is one of my favorites in his collection, and one of the most thought-provoking records I’ve listened to all year.  Coincidentally, this record is a standout in Oda’s catalogue as something that is as well thought out as it is intentional. Written about the events leading up to his life in Chile and the story that inspired “aero, “aero2” highlights a brand-new side of Oda’s artistic vision.  From his deep roots in Bay Area Hip-Hop circles to his travels around the world, one thing is blatantly clear: Seiji Oda is one of the most innovative and creative producer/writer/rappers in the game right now… and he’s only getting started.

Check out “aero” and “aero2” below and make sure to follow Seiji Oda as he continues on a warpath this year.  I hear there may even be a project coming out in the near future.