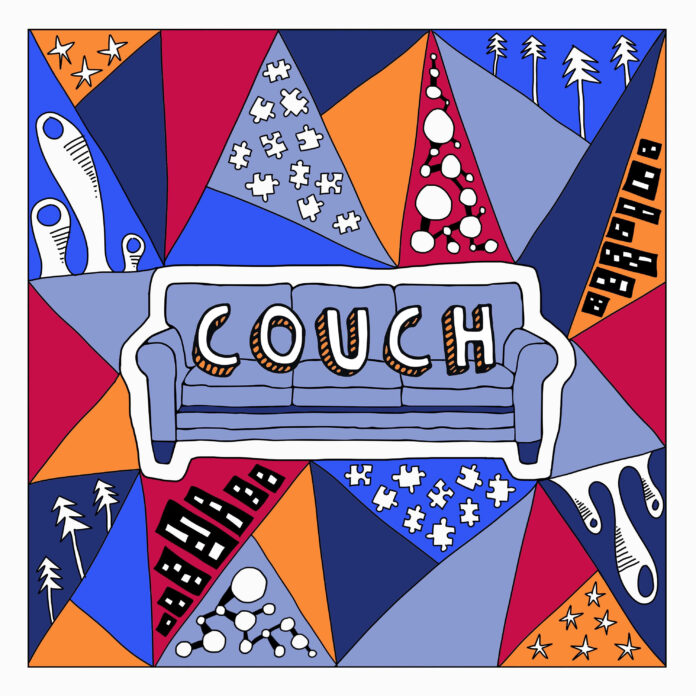 Couch was first put on my radar when I was scrolling through my Discover Weekly playlist on Spotify and found their song, “Fall Into Place.” Within the first few seconds, I immediately added the single to a playlist of mine and had it on repeat. Fast forward to a little less than a year later, they released their self-titled, debut album, and it is nothing short of extraordinary.

This powerhouse band is made up of college students in their early twenty-somethings from Boston and New York. Couch started as a completely different group during their high school years, and morphed into something magical while recording their first single, “I’m Leaving (The Na-Na Song).” As they are scattered while attending different universities, they collaborate virtually over zoom and facetime. The band aims to reshape the pop genre with funk, R&B, jazz, and rock influences, creating a contagious, vibrant sound that you cannot get enough of.

Couch released their debut EP in February of this year pulling inspiration from different personal experiences, fear of the future, and random lyrical concepts. While writing and recording the project, the band noticed the songs were filled with uplifting themes to bring smiles to listeners through this strange time. There is a cohesiveness to this EP that brings each song together in a unique way that makes you want to keep listening, and, let me emphasize, you should definitely keep listening.

There is an eagerness and excitement for the future of Couch. With a few members graduating in a few weeks, the band hopes to spend more time together and perform as much as they can throughout the summer and after that. They are thrilled to finally get to build more chemistry and structure as a band after collaborating virtually for so long. Although this self-titled EP was released in February, I would say this project holds the songs of the summer. This debut for Couch is only the beginning.

Listen to Couch on all streaming platforms!