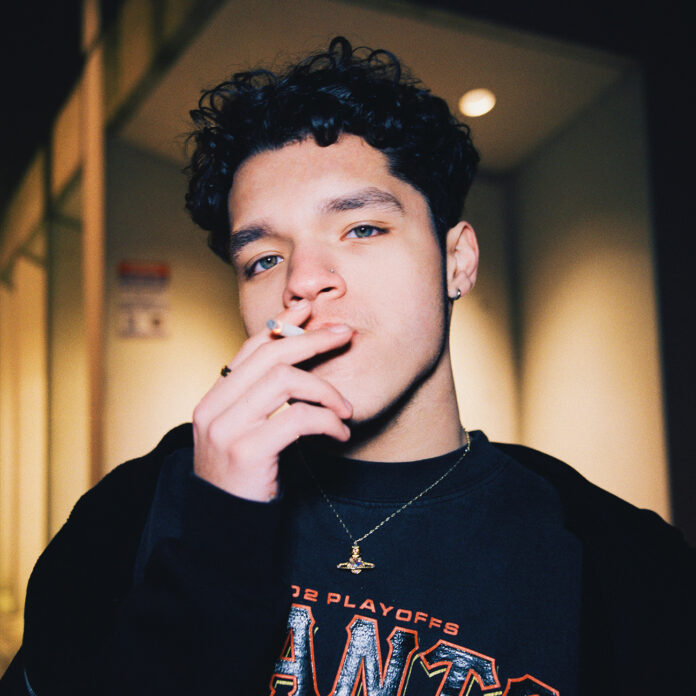 It’s always an exciting moment when you come across an artist whose music makes you ask the question, “how have I never heard of this person before?”. Moments like these are a huge reason for why I love writing so much. Atlanta-based artist, Cybertrash, was precisely that for me and I’m thrilled to share this diamond in the rough with you all today. To be 100% honest, I don’t even know how to accurately describe all of the different sounds that Cybertrash encapsulates in his music as every one of his tracks have their own twists and turns that are completely different than what he’s made prior. One second he might be releasing a trap-infused rap song (such as in “many men”) and then the next second he releases a lazy day kick back song like “blue green red”.  With that said, I think that his versatility is a big part of what makes him such an intriguing artist to watch, in addition to a few other factors (including the fact that he’s only 18 years old!) that I’ll discuss in this article.

Released on May 4th, “west”, is a record unlike anything else I’ve heard in recent memory. Produced by Elijah Cruz, the song’s flawless production compliments an emotional-filled vocal that Cybertrash delivers effortlessly. The song ends with a hectic, yet dramatic electric guitar that makes for a captivating moment which will surely leave you wanting more. Given the production of the song in combination with Cybertrash’s pitched vocals, if I had to describe the record I would say it is a unique blend between hyperpop, punk, alternative-pop, and r&b that merges the genres into a sound that feels fresh and distinct. I believe that this song could certainly be one that a lot of different audiences gravitate towards, which is another compelling reason as to why I think that 2021 could be a big year for Cybertrash.

“west” is a record that I think has loads of potential and is a real opportunity for Cybertrash’s music to get the attention it deserves. This track that will certainly remain in my rotation for quite some time while I keep my eye out for what Cybertrash drops next. With that being said, make sure to head on over to your preferred streaming platform and give, “west”, a listen because this is one that you are not going to want to miss.