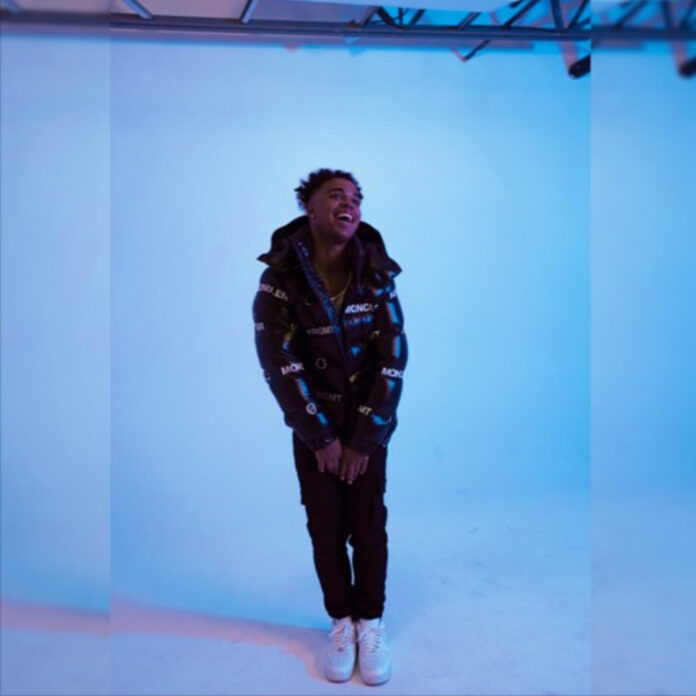 As an artist manager myself, I am always pushing my artists to get on TikTok as I know the true power of the platform when it comes to growing an artist’s project or promoting a song. Unless we are talking about playlists the size of RapCaviar, there is really no playlist or combination of playlists that can make a song pick up traction more than a song blowing up on TikTok. While not viral yet, Virginia teenager, Showjoe, is a perfect example of an artist using the platform to his advantage by having TikTok serve as the primary source of promotion for his new music. The tactic is proving to pay off immensely as he’s already grown his following on the platform to over 15,000 after only actively posting for a month or so.

Somehow embodying a blend of Juice WRLD, Trippie Redd, Iann Dior, and Lil Uzi Vert, Showjoe is an artist that has immediate mainstream appeal in today’s rap scene. Having had his first show in 2018 as an opener for Juice WRLD at Echostage (a well-known venue in D.C.), there is no question that the influence of legends such as Juice have rubbed off on him. Although you can hear the influence, there is no doubt in my mind that Showjoe is carving out his own lane that is unique to him. There are a whole lot reasons to believe that the athlete turned rapper (he plays cornerback for Long Island University) from Virginia will be making some big moves in 2021, so without further ado, let’s get into his most recent single.

Released exactly a week ago from today (April 29th), “Batman n Robin”, is a record that you are going to want to put on full blast on a Friday night when you’ve got nothing to do the next day besides recalling the night before. Co-produced by Showjoe and in-demand producer SupahMario (Credits include tracks with: Drake, Young Thug, Lil Uzi Vert, and more), Showjoe initially posted a snippet of the unfinished version of “Batman n Robin” on TikTok where it gained traction, pushing him to finish the song and get it up on streaming platforms where it’s really started to take off  (over 50K in a week). A hard-hitting rap record, Showjoe showcases his abilities with swift flows, catchy rhyme schemes, and “in the pocket” melodies. If you are looking for an energy booster to sing along to, “Batman n Robin”, will definitely get you up on your feet and going. I predict this track will be one that younger listeners will gravitate towards and could turn into a Gen Z anthem. I’ve played this song probably 20 times at this point and can’t get it out of my head, so I’m looking forward to hearing more reactions on this soon because I think this one really goes!

Without question, “Batman n Robin” is a track that you need to throw in your playlist pronto. I have a pretty good feeling that this song is going to be picking up quite a bit of traction in the coming weeks, so definitely don’t be late to the party on this one and make sure to stream it now.

Barely legal are so cool. They’re outta Tampa, Florida which I’ve found to be a hotspot for not only great but innovative...
Read more
ReviewsSongsVideos