Nicky Youre / Sex and Lemonade 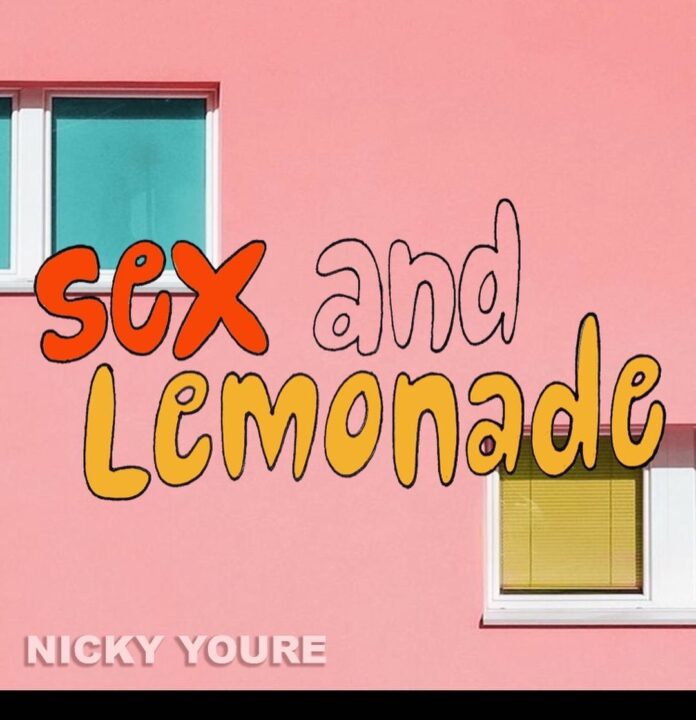 On the eve of the one-year anniversary since Nicky Youre made his musical debut with his single ‘Sex and Lemonade,’ I can’t help but to want to share this track with everyone I encounter. The 21-year-old Southern California native made an alt-pop indie anthem that induces listeners into a groovy feel-good state.

Serving as an anthem for those of us who tend to overthink, ‘Sex and Lemonade’ is a reminder to enjoy life in the moment and take things one step at a time. With lyrics like, “So baby know, but don’t hold back, cus I’ve been feeling you for minutes babe my heart under attack,” Nicky Youre created a song that details the emotions of a relationship in its early stages. I had the pleasure of chatting with Nicky about his future plans in music and what the journey has been like so far!

Nathaly: Around when did you start making music?

Nicky Youre: I started messing around with music in my best friend’s bedroom in 2017. My friend started producing on GarageBand around then and wanted to get some vocals on his beats, so I tried it out and fell in love with writing, singing, and creating new tunes.

Nathaly: Who are some artists/ producers you draw inspiration from? If you could collaborate with anyone, who would it be?

Nicky Youre: Lately I’ve been loving Claire Rosinkranz, Christian French, Dominik Fike, and Blackbear. I feel really inspired when listening to them and would kill to get to work with any of them. I’d also love to work with Jeremy Zucker, Alexander 23, and Quinn XCII, those guys are all so cool and creative.

Nathaly: What is ‘Sex and lemonade’ about and how did it come together?

Nicky Youre: S&L is supposed to be a reminder to take things one day at a time and to enjoy the current moment… I remember feeling super happy and energetic the day that I wrote it with my producer, Laiki, and I wanted to encapsulate that feeling of joy while relating it to a relationship. The chorus came really quick and easy to me after hearing the beat and we kinda just kept building off of that. It was a really fun process overall.

Nathaly: That’s dope! What are your plans moving forward?

Nicky Youre: I have big plans for this year. I’ve been working on new music that I’m really excited to get out and show everyone. I’m hoping to release a couple of singles throughout the summer and then continue making music and enjoying the moment!

Nathaly: Being a year since you released S&L, what are your emotions on how it has been perceived, and what have you taken away from your first release?

Nicky Youre: I feel incredibly lucky that people around the world have heard my song and enjoyed it for what it is. I’ve discovered even more that I have a deep passion for music and it’s made me so excited to release more songs as soon as I can.

‘Sex and Lemonade’ has already been streamed over 500K times on Spotify alone, and I only see that number continue to grow as time goes on. You can stream it down below and don’t forget to give Nicky a follow!