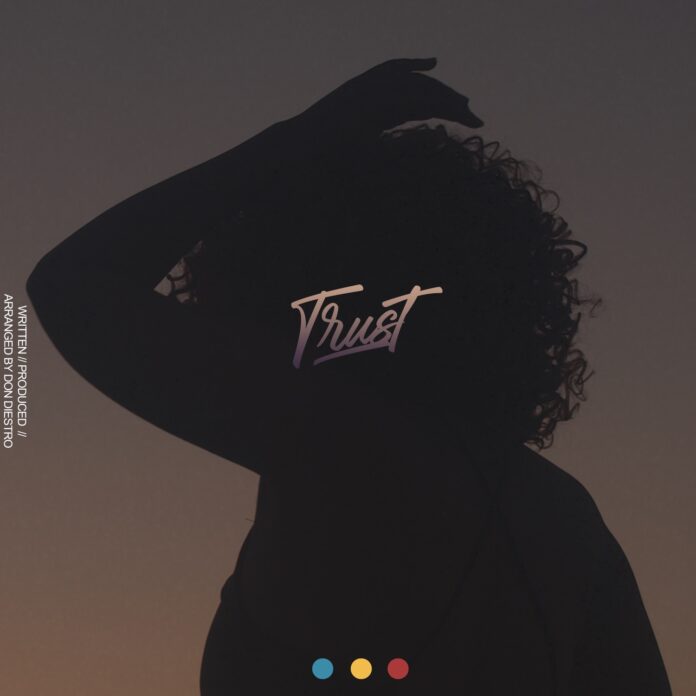 My favorite part about writing for Early Rising is having the ability to help progress an artist’s career that I truly believe in. New music is constantly circulating, so it can be easy for gems to go unnoticed. To ensure that this doesn’t happen, I am excited to be premiering Los Angeles-based indie artist and producer, Don DiestrO’s, newest single: “Trust.”

“Trust” is one of those songs that you cannot help but bop your head to, thanks to the combination of jazzy keys, a groovy bass line, and drum samples that effortlessly intertwine the two. DiestrO’s melodic vocals work in conjunction with the laid back production to deliver a sound that is, for the lack of a better word, vibey. Equally as chill as it is intriguing, and just in time for summer, “Trust” is the kind of song that you blast on the aux while driving down the freeway as the sun sets.

Lyrically, the track conveys the whirlwind of emotions that one experiences at the beginning of a new relationship — the initial infatuation, the bouts of anxiety, and all of what lies between: Can we just put our pride aside / and let our hearts decide / I know you don’t wanna take no risk / but you gotta put trust in this. DiestrO explains the tradeoffs of entering a partnership, exchanging the risk of losing it all by mutually putting your trust in one another.

DiestrO combined his creative vision with the minds of directors Davon Labor and Drew Robinson to execute the official music video for “Trust.” Throughout the video, the viewer watches as DiestrO and his newfound lover (portrayed by Sydney Stanford) explore the highs and lows of their developing relationship. Bright, lively clips of the couple cruising down the PCH are juxtaposed with dimly lit shots displaying conflict and insecurity between the two. The visuals inform the track, showing viewers and listeners alike that relationships are not always sunshine and rainbows — or, in this case, sunshine and road trips.

DiestrO explains what “Trust” means to him: “The making of ‘Trust’ showcases my ability to express my creativity & vision as a writer, producer, and overall creator at this point in my career. I wanted to paint a vivid story, provoke emotion, and keep it fun and catchy while staying true to me & my sound. The tone of the visual compliments the feeling of the song, which was very intentional, showcasing young love and feeling care free, but also the trials and tribulations that come with it. I feel like the song & video will resonate with my audience well and also the newcomers as they hopefully stumble across it.”

DiestrO’s story is unique. He began his musical career as a West Coast trap producer, producing tracks for multiple established LA rappers. At the same time, he found himself producing indie-pop and R&B music under his secret alter-ego, which we now know as DiestrO. After realizing that the indie realm is where he truly flourishes, DiestrO decided to take the leap and shift his career in a new direction.

Stream “Trust” and watch the official music video below!

If you don’t recognize today’s early riser for his signature pink hair or his amazing TikToks, let me introduce you to none...
Read more
Home FeatureReviewsPremieres